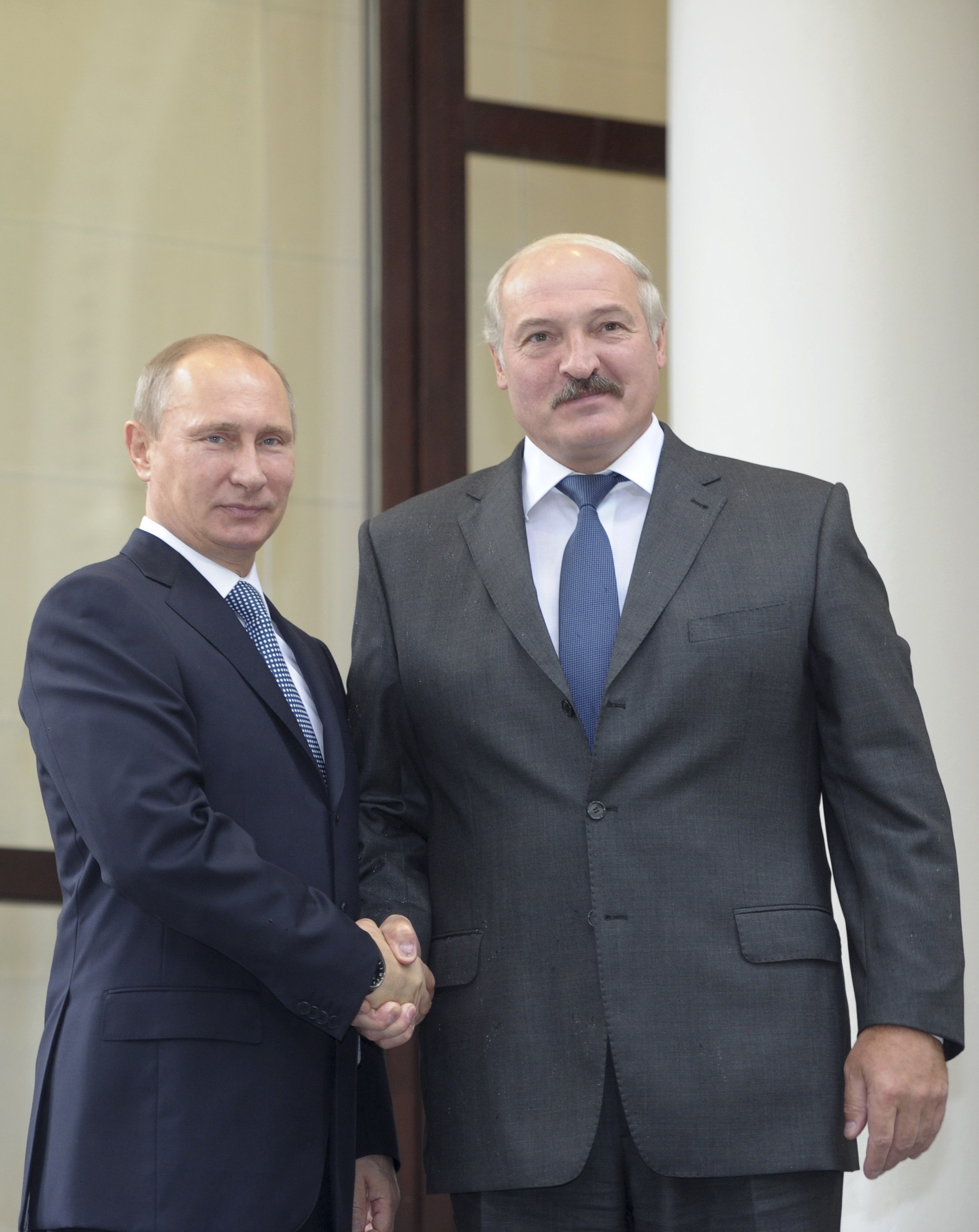 Jailed Pussy Riot member Nadezhda Tolokonnikova has gone on hunger strike in protest against what she calls ‘slavery-like conditions’ at her penal colony in Mordovia.  Her open letter, published in the Guardian, documents these in detail, including 16 hour working days, hazing, arbitrary work quota increases, and death threats from the prison administration.  Tolokonnikova is due to be released this March.  Vitaly Milonov, a pro-Kremlin St. Petersburg politician, is warning state officials not to buy the new iPhone 5S for fear that the U.S. security service could use its technology to gather their fingerprints.  Technical gadgets were completely banned from the U.S. embassy in Moscow yesterday, leaving visa-seeking Russians to bury their devices in nearby flowerbeds.  Analysts debate the wider implication of Vladislav Surkov’s imminent return to the Kremlin. ‘It’s better to keep Surkov within the system than out of it,’ said one. Another called it a ‘birthday gift’.  Putin met with his Belarusian counterpart yesterday to discuss the dispute over potash producer Uralkali, although no agreements have been announced as yet.  A senior official at the Moscow United Energy Company has been arrested on suspicion of eliciting bribes.

President Vladimir Putin is warning Russia’s former Soviet allies that the Islamist militancy in Syria could spread into their territories.  Putin’s ‘grand plan’ is to build a Eurasian economic union, says Bloomberg, but it will almost certainly fail without new members like Ukraine.  Armenia was the latest to join, in a sharp reversal of policy that is ‘of high symbolic importance in a battle of influence being waged between Russia and the European Union’.  An opening ceremony was held in Rajin, North Korea yesterday to celebrate the re-opening of a railway link with Russia.  In a supposedly temporary measure, Russia handed over control of the Bushehr nuclear power plant to Iran yesterday.  German Chancellor Angela Merkel’s election victory will ‘secure the stability of Russian-German relations for the next four years’.

Prime Minister Dmitry Medvedev would like a public consensus on whether or not the state should raise its divorce tax.  His deputy, Olga Golodets, says that Russia will have no problems financing long-term development projects in education, health and social welfare.  Nuclear technology in the ocean environment: ‘a key subject of Russian research’.