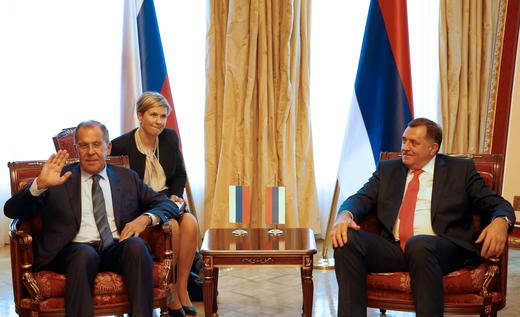 Several peaceful rallies were held against pension reform this weekend in cities across Russia, including a sanctioned gathering of several thousand in Moscow, organised by the Communist Party. Opposition leader Alexei Navalny, who called for the original round of protests on the issue, was released from 30 days in jail this morning, and then promptly detained again, reportedly for the same charges (violating protest laws). Two high-school students who joined the first round of anti-pension reform protests on September 9 have been questioned by police and threatened with charges for taking part. A new report from human rights group Agora found an increasing number of threats and assaults against activists, journalists, and opposition politicians in Russia since 2015. “The realities of today are such that if you’ve decided to engage in civil activism, get ready for threats and attacks in addition to detentions at peaceful protests,” the report said. RFE/RL spoke to Yury Sternik, the 81-year-old protester detained by police at pension rallies earlier this month. Two opposition candidates defeated pro-Kremlin candidates in regional elections over the weekend – Liberal Democratic Party (LDPR) candidate Sergei Furgal won in the Far East Khabarovsk region, and Vladimir Sipyagin, also with the LDPR, won in Vladimir.

Deputy Prime Minister Yuri Borisov says sanctions will not affect Russia’s rate of arms production, as Kremlin spokesman Dmitry Peskov accused the US of using sanctions to try to squeeze Russia out of the global arms trade. The US Treasury has again extended its deadline for the full impact of sanctions against Oleg Deripaska’s aluminium empire, delaying measures that would force investors to sell their equity, and offering him options for a full reprieve. OPEC producers, including Russia and Saudi Arabia, say they see no rush to increase output, despite pressure from the US President. Volumes were reduced in August alongside a drop in Iranian supply, raising the pressure for a supply boost.

Russian officials reportedly were considering a plan to help smuggle Wikileaks founder Julian Assange out of the UK last year, but it was eventually considered too risky. Leonid Bershidsky writes about Soviet jokes.