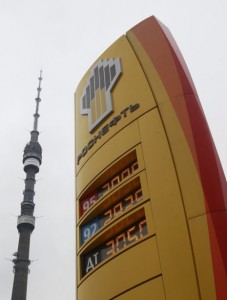 Charges were filed against opposition member Leonid Razvozzhayev yesterday for plotting mass riots, but he says he only confessed because interrogators threatened to harm his family.  A refugee organisation in Ukraine apparently filed a missing person report for Razvozzhayev after he failed to return from a lunch break during legal counseling, supporting his claims that he was kidnapped.  The State Duma has expanded its legal definition of treason to enable those who collaborate with ‘international organisations’ to be prosecuted and punished with up to 20 years in prison.  The Federal Security Service says the new penalties are supposed to prevent foreign intelligence services from using international organisations ‘as camouflage’, but the Kremlin’s human rights commission says the rules would only make sense ‘in a country with an iron curtain’.  The European Court of Human Rights has ruled that Russia violated the rights of former Yukos security chief, Alexei Pichugin, after he was arrested ‘without reasonable suspicion’ and detained for two years before his trial, and has ordered the state to pay him $12,355 in damages.  The E.U. Parliament recommends that the European Council impose sanctions against officials linked to the death of Sergei Magnitsky.

Rosneft’s acquisition of TNK-BP will turn over Russia’s privatised oil industry to state control, creating a ‘state-owned super champion that will control 39% of oil production in Russia […] roughly 5% of global production’, says the Moscow Times.  But Rosneft’s outsourcing of its crude marketing will ensure that it remains a ‘relative minnow’ in global energy trading, says Reuters, noting Russia’s ‘strangely limited’ influence over oil markets.  Anders Aslund worries that TNK-BP is being nationalised ‘for no other reason than Kremlin intrigue’, and expresses uncertainty over Igor Sechin’s ability to make profits.  Yulia Latynina says the deal ‘brings the plundering of Yukos to full circle’.  The deal has boosted the riches of the AAR consortium members, reportedly making Viktor Vekselberg Russia’s wealthiest man.  President Vladimir Putin meanwhile is urging Gazprom to update its strategies for producing LNG and distributing it in Asian markets.

Russia will send election observers to monitor the U.S. elections next month.  Poland is apparently conducting an ‘unspoken policy of blocking investments from Russia’, says Reuters, referencing blocked investment attempts over the last six months.  Mary Dejevsky wagers that St Petersburg will become Russia’s capital again within fifty years, reasoning that its political ambitions will increase as state institutions follow the Constitutional Court in relocating there.  A fancy watch has disappeared from the wrist of the president of Udmurtia on a local billboard.

PHOTO: The logo of Russian oil company Rosneft is seen at a petrol station near the Ostankino television tower in Moscow October 23, 2012. (Sergei Karpukhin / Reuters)