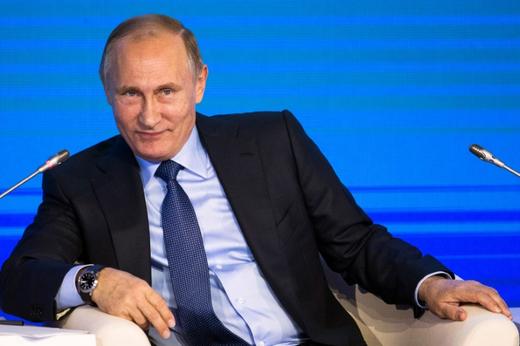 In the run-up to the US presidential elections, Russia is commanding more Western press attention than ever. The New York Times says Russia ‘has never posed such a vexing problem to US policymakers as it does now’, and Bloomberg charges that ‘not since the Red Scare of the 1950s has Russia been accused of such sweeping influence on US politics’.  Putin aide Sergei Ivanov denied that the Kremlin favours one or other US presidential candidate, saying that Russia is ‘always ready for Realpolitik’, even though Russian officials feel ‘insulted’ by the campaign’s anti-Russian rhetoric.  According to ‘private security researchers’, the email account of Clinton campaign manager John Podesta was hacked by Russia’s foreign intelligence service. Have the West’s anti-Russia sanctions consolidated Russians’ national spirit?  The head of two former banned nationalist organisations, Dmitry Demushkin, has been placed under house arrest for the rest of the year.

Following a meeting in Riyadh, Energy Minister Alexander Novak suggested that cooperation with Saudi Arabia on production cuts is still possible, acknowledging the need to ‘balance the market’; but Russia is still in negotiations with OPEC on acceptable output levels, and is making no commitments.  ‘I would like to stress once again that we are not ready to give figures,’ he said.  Russia’s ambassador to the UK is accusing the British government of stalling visas for its embassy staff, suggesting that they are purposefully trying to reduce Russia’s diplomatic presence there.  Calls for Syrian President Bashar al-Assad to step down are ‘thoughtless’, says Vladimir Putin, insisting again that the country must be ‘liberated’ from terrorists.

The Health Ministry is in talks to build a vaccine plant in Ecuador.  The State Duma is considering legislation that would prevent parents from giving their children unusual names.  A helicopter crash in Yamalo-Nenets killed 19 people.