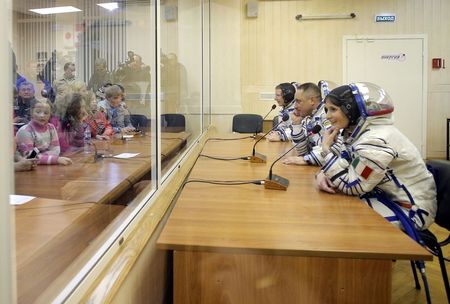 In a lengthy new interview with philosopher Nikolay Berdyayev, President Vladimir Putin spoke on a range of personal and political topics (the full text is here; the Moscow Times has selected some highlights).  Regarding the future of his presidency, he said he would not stay in power ‘forever’, and expressed his need to follow the constitution, but did not rule out taking another term in 2018.  He described his relationship with Russia as ‘more than just love’, but said he tries not to become ‘enslaved by contemplation’ of his own popularity ratings; (Pussy Riot members say his soaring approval ratings are due to efficient Kremlin propaganda and citizens’ general lack of information). Putin blamed the West for deteriorating relations since the Ukraine crisis began, vowing that Russia would not become internationally isolated as a result of sanctions; and shrugged off their effects, saying there will be no ‘catastrophic consequences’ for the economy – although many are expecting a recession for Russia next year, and capital outflow last month was nearly half the total for the entire year previous.  Former Finance Minister Alexei Kudrin sees the ruble weakening further over the next two years, albeit more gradually than in recent months due to its now having assimilated the effects of sanctions: ‘The ruble has found its equilibrium.’  It’s not just the ruble that is struggling – the property market is also struggling, with prices down an average of 20% in Moscow since the Ukraine crisis.  Foreign Minister Sergei Lavrov says Western sanctions brought against Russia in retaliation for its role in the Ukraine crisis are really an attempt to force regime change in Moscow.  The FT’s John Thornhill says it might be time for the West and Ukraine to cut a deal with Russia.

Belarus has cut its 2015 economic growth forecast by 0.5% in response to Russia’s economic woes.  Putin will meet with the leader of Abkhazia today to sign a treaty of alliance, with the latter saying that the agreement will ‘ensure our own long-term security’.  The Washington Post has mapped this year’s ‘provocative Russian behavior’ in European territories that are not part of Nato.  Bill Browder, the former employer of Sergei Magnitsky, alleges that the Kremlin plotted to kidnap and smuggle him out of the U.K. to Russia – supposedly in retaliation for his campaigning for the U.S. passing the Magnitsky Act in 2012.  Ekho Moskvy radio station is drafting guidelines for employee behaviour on social media sites, after one journalist’s Twitter messaging prompted pressure from owner Gazprom Media.