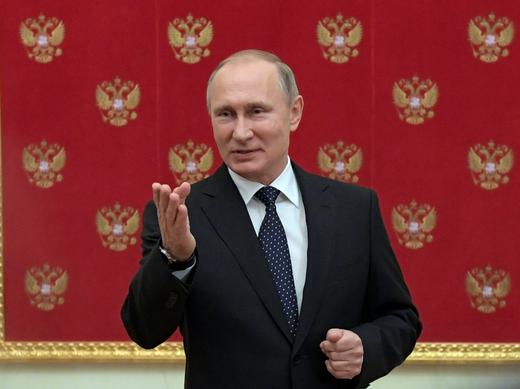 The European Parliament is urging member states to take measures against Russian disinformation, or in its own words, ‘hostile propaganda’, as created by state media outlets like RT and Sputnik which, it says, disseminate ‘absolutely fake’ news.  Echoing similar comments by President Vladimir Putin, the chairman of Russia’s Federation Council said the resolution exhibits ‘extreme demonisation of Russia’, an inability to accept ‘true media pluralism’, and is evidence of a serious crisis of Western democracy.  Putin also congratulated his state journalists for ‘active, effective, and talented work’.  Russia’s flat rate income tax of 13%, which actually may have boosted taxes by bringing taxpayer income out of the shadows created by previously progressive rates, may come up for review after the next presidential election, proposes the Moscow Times.  The Kremlin has budgeted $102,000 for its newspaper and online news subscriptions for next year (the most popular newspaper in the Kremlin is Kommersant).

The Secretary-General of the United Nations is calling on Russia and the US to resume talks on reducing nuclear weapons stockpiles.  Russia’s leading oil producers remain unable to agree on output curbs, meaning that OPEC may have to contend with Russia’s preference to freeze oil production entirely rather than to cut it, says Bloomberg; OPEC believes that the global surplus will not be reduce without an overall reduction in supply.  Gazprom’s gas deliveries to Europe have reached a new record this season.  Finland says it supports the EU’s police of sanctions against Russia, even though they are ineffective and are creating obstacles for Finnish economic recovery.  The Kremlin is not anticipating that its Kuril Islands dispute with Japan will spoil Putin’s visit next month.

Russia is working on a railway-based nuclear missile system.  Putin extended his hard line on lazy bureaucrats yesterday with a joke about firing any officials who are ‘moonlighting as academics’.

PHOTO: Russian President Vladimir Putin speaks during a meeting with journalists at the Kremlin in Moscow, Russia November 23, 2016. (SPUTNIK)