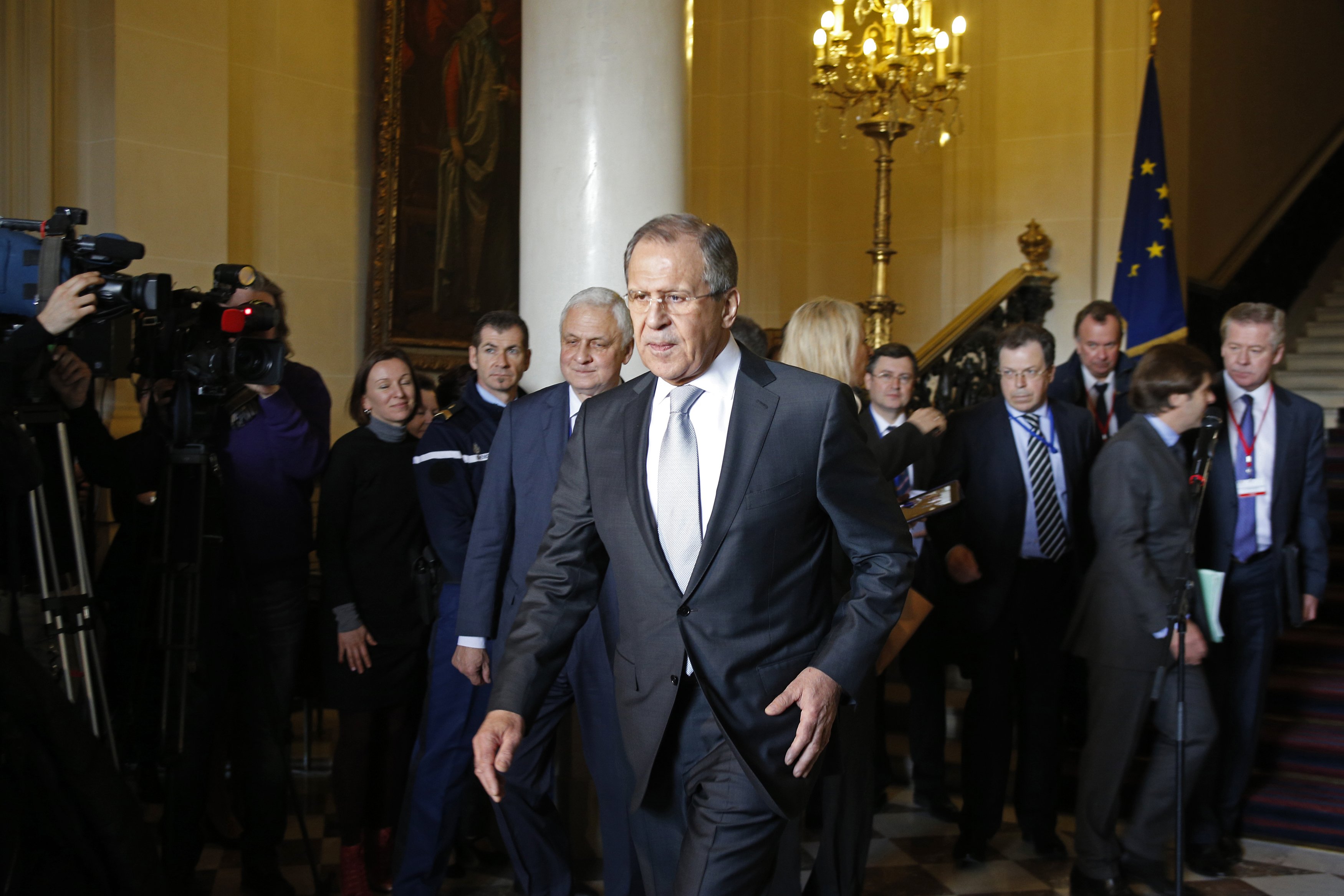 A Ukrainian military official says pro-Russian rebels are continuing to violate the latest ceasefire agreement.  The Secretary-General of the OSCE says those fighting in eastern Ukraine have a ‘total lack of respect’ for international monitors, and has called for more drones and radar systems to help his teams observe what is happening on the ground.  U.S. Secretary of State John Kerry has accused Russia of lying because of its claims that there are no Russian troops or equipment in Ukraine.  Britain is to send military personnel to Ukraine to help train its army next month.  ’This, to many Russians, is the appropriate response to western sanctions: respect us, or we nuke you.’  Russian planes are making more incursion into Norwegian airspace than usual, but not enough for Norway to be worried about an Arctic land-grab.  ‘They are certainly more active around the world, not just in the Arctic.’  Sergei Guriev, the economist in exile, sees Russia’s foreign policy as a means of offering a non-economic source of legitimacy to Putin’s regime.  Hostilities have spread to the oil and gas sector, with Russia threatening that Ukraine could run out of natural gas within two days over a pay dispute.  ‘It creates serious risks for gas transit to Europe,’ said Gazprom.  The European Union’s new long-term energy plans have its sights set on Azerbaijan, Turkmenistan, and Algeria as alternative suppliers.

Finance Minister Anton Siluanov says Russia needs a tight budgetary and monetary policy to bring down inflation.  Official unemployment rates grew by 20,000 people in just one week this month.  Barclays is to remove Russian foreign currency debt from its global bond indexes.  The OSCE’s representative on Freedom of the Media says media freedom in Russia is being endangered by the ‘continued intimidation’ of media NGOs.  Amnesty International agreed, slamming Russia’s human rights and media restrictions in a new report.  Foreign-owned publishing houses in Russia are appealing to President Vladimir Putin to defer the new law that will soon impose restrictions on foreign media ownership.