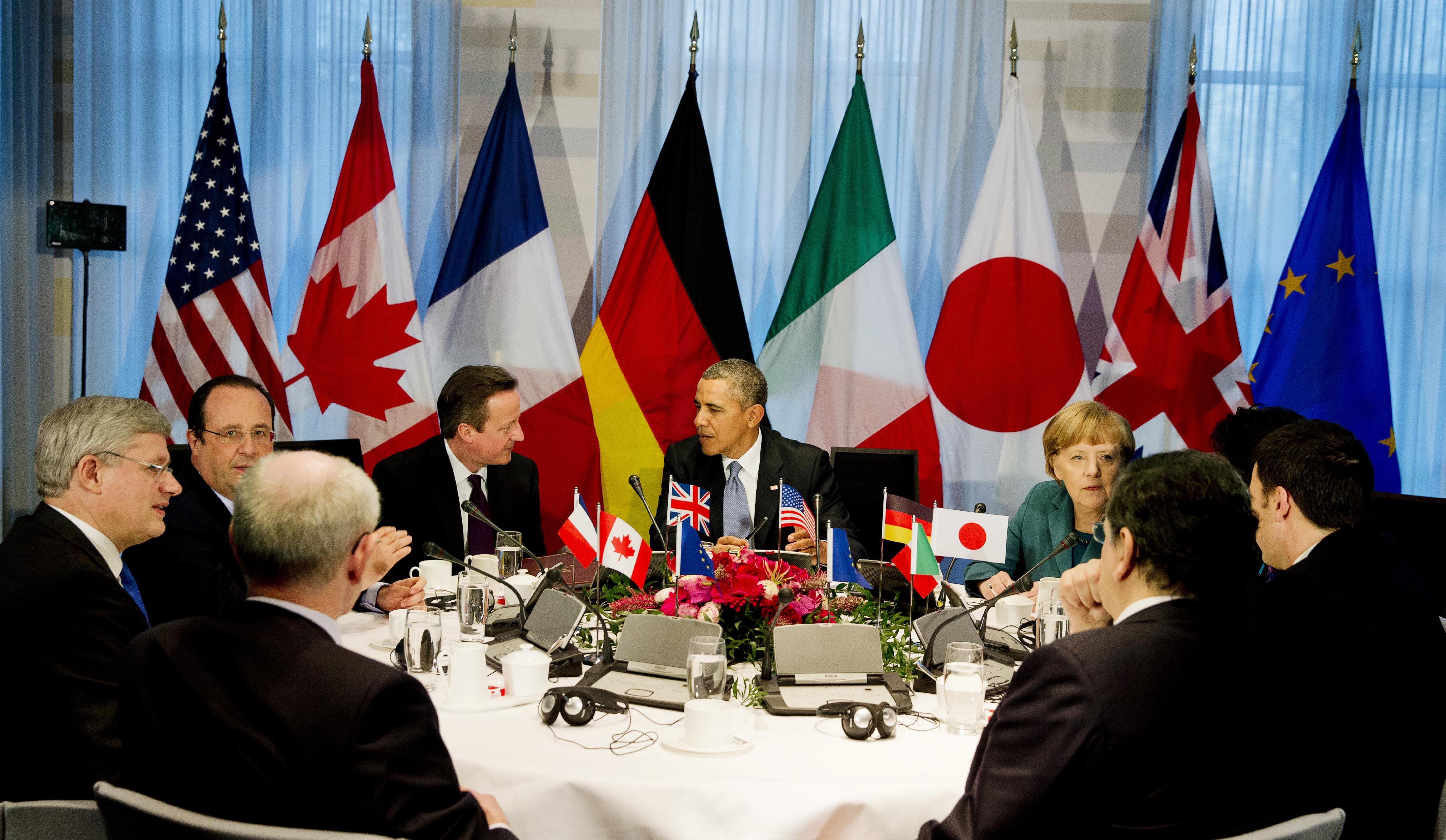 As Ukraine acknowledged defeat and announced a military pull-out from Crimea, countries in the G8 group snubbed Russia for the first time in 16 years ‘to underline Russian isolation’ in the wake of the annexation; leaders promised to respond to any further Russian military action in the region with sweeping sanctions.  Foreign Minister Sergei Lavrov appeared relaxed about the exclusion, describing the G8 as ‘an informal club, with no formal membership, so no one can be expelled from it.’  U.S. President Barack Obama says Europe and America are united in support of Ukraine, and in ‘imposing a cost on Russia for its actions so far’.  Moscow has banned over a dozen Canadian officials from entering Russia in retaliatory sanctions.  As investors respond to Russia’s invasion of Ukraine, the Kremlin is anticipating capital outflows of as much as $70 billion in the first quarter alone – more than total capital outflows for all of 2013.  German Gref, the head of Sberbank, says Russia soon will be capable of launching an alternative nationwide payments system to deal with the withdrawal of services by Visa and MasterCard from some Russian banks.  Bank Rossiya says transactions in rubles have not been affected by sanctions, but has warned customers not to make foreign currency payments into their accounts.  SMP Bank says roughly 9 billion rubles have been withdrawn since the announcement of U.S. sanctions last week.  A professor at the Moscow State Institution of International Relations has been fired after publishing an opinion piece for Vedomosti which criticised the annexation of Crimea.

The Crimean crisis will reshape global oil politics, leading to more expensive imports for Europe, says Bloomberg.  Afghan president Hamid Karzai has added his support for the annexation, calling it a reflection of the Crimean peoples’ ‘free will’.  Almost 30,000 Crimeans have already applied for Russian passports.  Deputy Prime Minister Dmitry Kozak has been tasked with overseeing the economic development of the newly-Russian region, which was added to official maps yesterday.  Ukraine is thought to be responsible for two major power blackouts in Crimea this week, and Moscow is pledging to build gas-fired power stations that will end Crimea’s reliance on its former state.

Anti-corruption blogger Alexei Navalny lost his appeal against his house arrest.  Russia’s arms exports this year have already exceeded $2 billion, with outstanding orders totaling $47 billion – three times the value exported last year.  President Vladimir Putin conferred one of Russia’s highest civilian awards on officials who organised the Sochi Olympics.  An anchor on a state-funded television channel made an anti-Semitic comment about the Holocaust over the weekend.