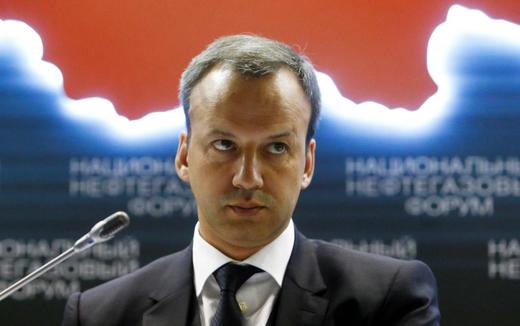 Russia’s new human rights ombudsman is a former police general. The appointment of Tatyana Moskalkova, a member of the A Just Russia party and a long-term interior ministry official (with 20 years in law enforcement), has raised concerns that she cannot possibly be an independent advocate of human rights.  She was appointed following a vote of 323 to 60, and hinted that she would use her new position to counter pressure from the West about Russia’s human rights agenda.  In a special report on the new National Guard, to be headed by President Putin’s former personal bodyguard, the Wall Street Journal quotes a former Russian military intelligence official who said that the creation of the new security force was done in order to address ‘upcoming elections and the possibility of mass unrest’.  The Kremlin dismissed reports that Russian jets fired on Israeli planes in Syria on two separate occasions last week, with Dmitry Peskov calling the accusations ‘far from reality’.  Onexim Group, which manages the assets of billionaire Mikhail Prokhorov, denied that it is in talks to sell the RBC media group and power generating company Quadra.

US President Barack Obama says he and German Chancellor Angela Merkel are in agreement that sanctions against Russia, held in place over violence in eastern Ukraine, will not be lifted until Russia fully complies with the Minsk Agreement, noting that still, two years on, no stable cease-fire has been established.  A new survey by an international financial services company found that 34% of its respondents from large companies in Russia and the US admitted to widespread bribery and corruption in their respective countries.  The Independent ponders the current animosity between Russia and the US, noting many similarities with the original Cold War.

In an interview with the Moscow Times, former Prime Minister Mikhail Kasyanov compares his current position to ‘zugzwang’ in chess – ‘when you can’t skip your turn, yet every turn makes your position weaker.’