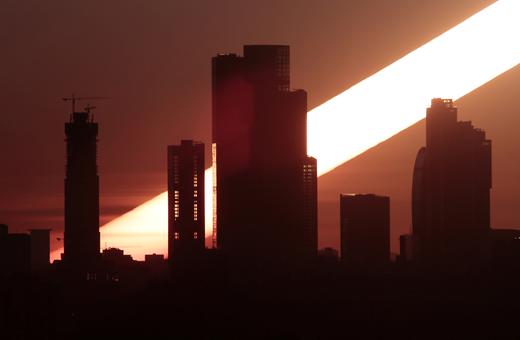 The ban on messaging app Telegram continues to be circumvented by businesses and individuals, with Sberbank and television channel Rossia both apparently disseminating information on how to get around the block. Rozkomnadzor is continuing to insist on Telegram being inaccessible from app stores. Internet users are struggling to access major online services as a result of the ban, which has affected some access to Gmail and YouTube. The Supreme Court has ruled to dismiss Telegram’s lawsuit claiming that private correspondence on its platform is guaranteed by the constitution. Wired calls the ban “a futile game of whack-a-mole”, particularly confusing given that so many politicians and high-level officials use the app. The US’ backtracking on its sanctions against Rusal suggests that the Trump administration “has little understanding of the impact of its moves before it makes them”, writes Leonid Bershidsky, referring to its initial effect on global aluminium prices. Kremlin spokesman Dmitry Peskov also pointed this out: “[Global] buyers are asking themselves why they have to bear the burden.” The Kremlin is reportedly considering taking over Rusal temporarily to save it from the impact of the sanctions. New legislation signed by President Vladimir Putin will allow authorities to block within 24 hours websites that “discredit the honour, dignity, or business reputation of a citizen”.

In a high-level gaffe, state-run television used stills from a Syrian film to “prove” that there was no chemical weapons attack in Douma earlier this month. The director called the move “very cheap and very tacky”; Channel One has yet to respond. Western nations may refer the chemical weapons attack issue to the entire UN general assembly because Russia’s veto would not apply there. One of seven Moscow garbage disposal contracts, worth $567 million, was handed to a company led by the son of the Prosecutor General. A Levada Centre poll found rising prices to be Russians’ most pressing current concern. Russian officials are not worried by the ousting of the Armenian Prime Minister because they do not see Western involvement, says Bloomberg.

Prominent lawyer Mark Feigin, who has defended Pussy Riot members and Ukrainian pilot Nadia Savchenko, has been disbarred by the Moscow Chamber of Attorneys for violating the lawyers’ code of ethics; he calls the move politically motivated.