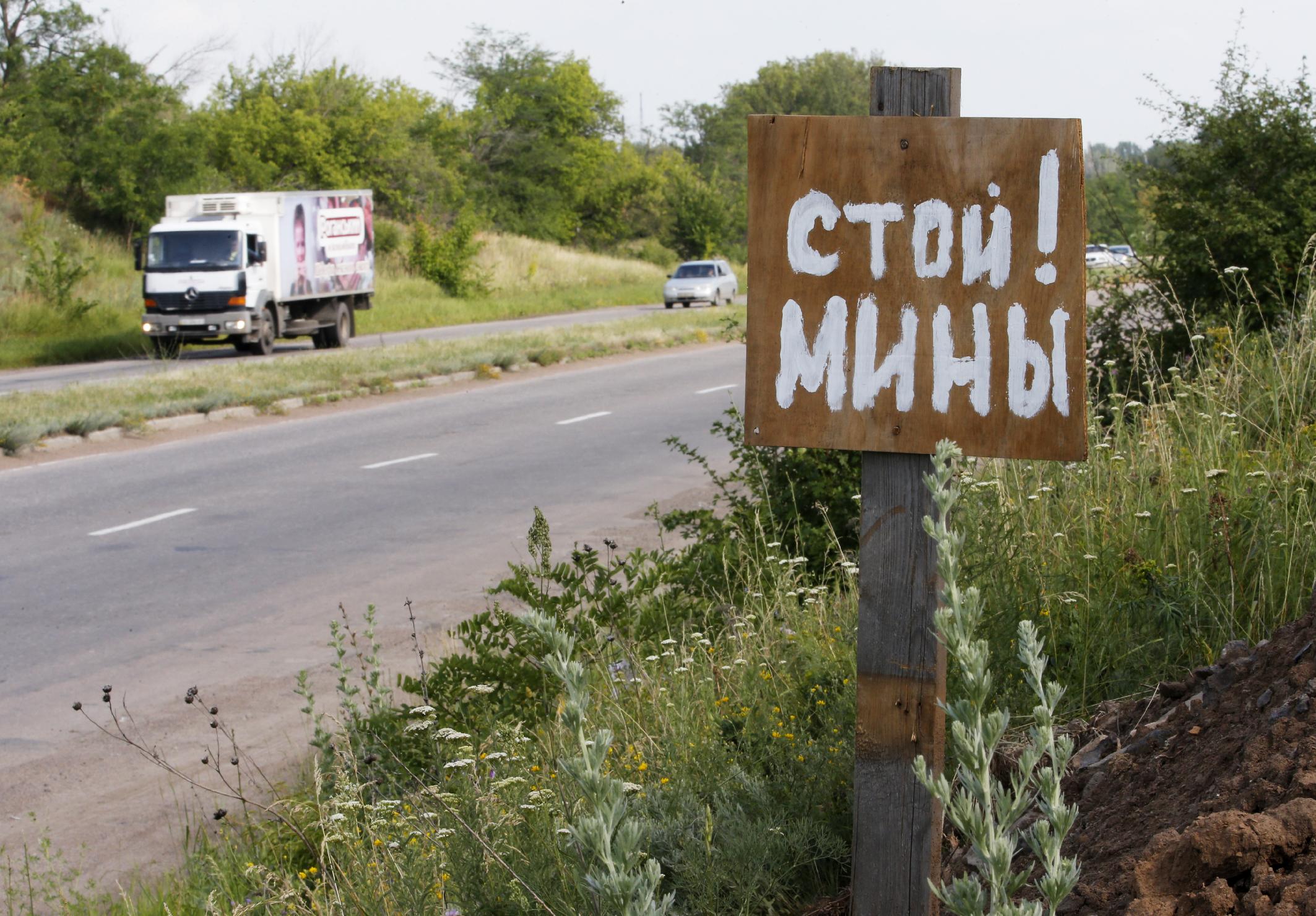 The Finance Ministry is planning to ban state companies from holding accounts with foreign banks and confine their assets to Russian-owned banks; this piece says the paperwork is already being prepared, whilst Reuters says the idea is merely ‘lingering’ and that analysts are skeptical as such a move would damage the investment climate. The MICEX hit its 2014 high yesterday after President Vladimir Putin reversed an earlier Kremlin ruling that Russia could take its troops into Ukrainian territory, thus formally abandoning the possibility of military intervention.  The Moscow Times called it ‘an ostentatious demonstration of goodwill’.  Nonetheless, the mutual ceasefire is in question after pro-Russian insurgents shot down an army helicopter in eastern Ukraine, killing nine soldiers, and Ukrainian President Petro Poroshenko responded by threatening to abandon the agreement.  Kiev has accused Russian troops of planting landmines on its territory during the annexation of Crimea.  Is Russia using soft power in France?

Under a new decree signed by Prime Minister Dmitry Medvedev, the sale of natural gas will be possible both through commodity exchanges and electronic trading systems.  Gazprom is in dialogue with the European Commission about Bulgaria’s section of the South Stream gas pipeline, and insists that the timeframe remains intact. The prime minister of Moldova says his country’s pro-Europe stance will come to benefit relations with both Russia and the West.  The Lithuanian president is the latest diplomat to compare Vladimir Putin to Adolf Hitler.

A row with Israel is brewing after the Foreign Ministry said the raid of an office of Russia Today’s Arabic channel in Palestine was unacceptable.  An Italian luxury brand has manufactured a gold-plated Putin phone.

PHOTO: A poster reading ‘Stop! Mines!’ stands at a verge near the city of Kramatorsk, Donetsk region, eastern Ukraine Tuesday, June 24, 2014. Ukraine has accused Russian troops of planting landmines on its territory during Russia’s annexation of the Crimea region earlier this year. (AP Photo/Dmitry Lovetsky)