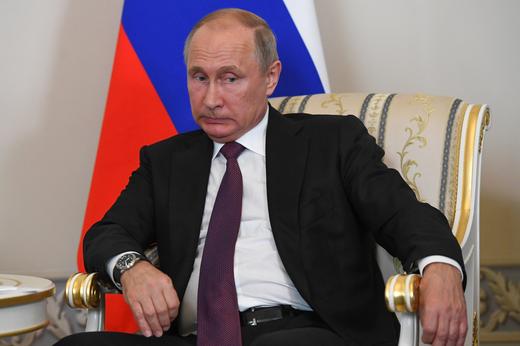 The Kremlin was unconvinced by Yulia Skripal’s first media appearance since she was poisoned with a nerve agent in the UK; spokesman Dmitry Peskov says it remains unclear as to whether Yulia was speaking of her own free will; Russia’s envoy to the EU said Skripal did not look as though she had been poisoned; and Russia’s UK Ambassador pointed out that the video explains nothing. British officials are accusing the Kremlin of being behind a prank call to UK Foreign Secretary Boris Johnson yesterday, during which he was kept on the phone for almost 20 minutes, by a popular prankster pretending to be the Armenian Prime Minister, to whom the unwitting Johnson quipped, “you throw a stone in Kensington and you’ll find you’ll hit an oligarch”. Rusal says its CEO and half of its board have resigned in connection with sanctions levied against its owner, Oleg Deripaska; the company has  some of its output. Finance Minister Anton Siluanov says Russia is prepared to buy the foreign-held assets of sanctions-hit companies; President Vladimir Putin said the Kremlin would support VEB by providing it with capital.

Gazprom has reached an agreement on the seven-year antitrust case with regulators from the European Union, and will escape a fine, to the disappointment of Poland and Lithuania; the latter estimates losses of $1.8 million thanks to Gazprom’s monopoly. Elvira Nabiullina spoke to Bloomberg about Putin’s aim of getting Russia into the world’s Top 5 economies; she says it’s an ambitious plan, and that structural reforms, better conditions for investments, and deregulation are needed. Nabiullina anticipates growth of 1.5 – 2.0% through 2020. The International Monetary Fund says Russia needs to improve economic production and diversity. Sergei Gorkov, the banker under scrutiny for his ties to Jared Kushner, has been ousted from his role as chief executive of VEB bank, and replaced by former deputy PM Igor Shuvalov. Former Deputy PM Dmitry Rogozin has been appointed head of Roscosmos.

The lawyer for jailed opposition leader Alexei Navalny’s Anticorruption Foundation is the third of Navalny’s associates to be jailed this week in connection with anti-inauguration protests earlier this month. Why did people in Loschinka, Siberia, vote for Vladimir Putin? “Who else was there to vote for?” asked one resident.