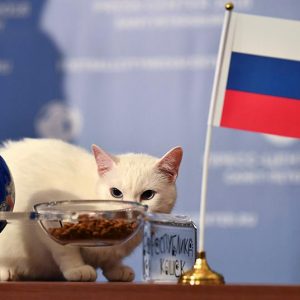 The health of jailed Ukrainian filmmaker Oleg Sentsov as he enters his sixth week of hunger strike in protest against charges he believes to be politically motivated, has been described as “very weak” and his condition deteriorating, says his lawyer. The threat of a rise in the pension age has brought around 1,000 people out on to the streets of the Siberian city of Krasnoyarsk in protest. Marina Litvinenko, the widow of poisoned former spy Alexander Litvinenko is contemplating suing RT and another pro-Kremlin TV channel in the wake of a broadcast which made “libellous” suggestions that the Russian dissident was slain by his close friend Alex Goldfarb. Di Cunningham, one of the founders of an English LGBT football supporters group has largely positive things to say about her World Cup stay in Russia as an openly gay woman. In the world reputation rankings, put together by the Reputation Institute, Russia has fallen in the eyes of other countries. FIFA has firmly refuted claims about a doping cover up in the Russian national soccer team. This article examines what Russia is up to while all eyes are on the World Cup.

US national security adviser John Bolton is on his way to Europe on a trip that will eventually take him to Moscow – his meeting could act as a forerunner to an eventual meeting between Trump and Putin. One of the supposed “de-escalation” zones in Syria has, according to a monitoring group, been struck by Russian jets; the first time since the cease-fire was agreed in southern Syria last year. Washington has urged Russia to have words with its ally Syria amid reports that government forces are increasing attacks in the aforementioned zones. Moscow meanwhile has accused the US and its allies of fabricating evidence to suggest the Syrian government forces launched chemical-weapons attacks against civilians in April of this year. Crimea is stepping in to help Syria with its scarcity of wheat. Energy Minister Alexander Novak explains the new OPEC+ production hike in a video interview here. The agreement to increase output is a boon for Saudi Arabia and Russia, who proposed it at the outset. Could the two nations be the two poles in a new configuration of the oil market?

“I was dismissed today for writing the recent report on Gazprom. What took them so long, you ask? Bureaucracy, paperwork, a vague hope that I could yet be reformed …”: the words of Alex Fak, an analyst at Sberbank who had the audacity to pen a critical document on the state gas monolith.