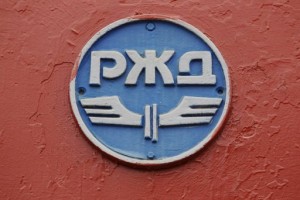 Ksenia Sobchak is being ‘sidelined’ by all the major public television channels since her public support of the protest movement, part of ‘a flurry of departures, closures and cutbacks’ which many see as a form of state pressure on media outlets, connected to Vladimir Putin’s return to the Kremlin.  Putin’s power will only last as long as high oil prices, says Dmitry Travin, arguing that the President has ‘few staunch supporters among the political elite’.  The Supreme Court has ordered a review of Mikhail Khodorkovsky’s appeal against his 2010 conviction, ostensibly a legal victory, but greeted with caution by his lawyers.  Moscow and Washington have teamed up to block the Syrian President’s use of chemical weapons against rebels.  A U.S. State Department spokesperson says the ‘burdensome requirements’ of the new NGO law intimidates rights activists.  The United Russia deputy who proposed that ‘foreign agent’ status also be granted to foreign-sponsored mass media says he has asked that consideration of his bill be suspended.

State-owned Rosneft (headed by Igor Sechin) is entering negotiations to acquire BP’s stake (potentially worth $30 billion) in TNK-BP.  The Guardian calls it ‘welcome news for shareholders’, suggesting that  ‘Rosneft’s interest raises the more attractive prospect of a proper auction, with AAR obliged to bid for 100% ownership of TNK-BP to avoid becoming a bed-fellow with Rosneft.’  But any such deal would require government approval, and the Energy Minister is ambivalent, commenting that ‘in general, I believe that foreign companies should be present on the Russian market’.  The European Bank for Reconstruction and Development sees the euro-zone crisis spreading eastwards, lowering its economic growth forecast for Russia accordingly.

The Federal Anti-Monopoly Service says the state-run Universal Service Reserve is misusing the ‘huge’ funds it collects from telecoms operators.  Grocery chain Magnit plans to spend up to $2 billion on expansion plans for next year.

PHOTO: An old logo of the Russian Railways is seen on a train at the Museum of Railway technology in Moscow July 1, 2012. (see the Reuters Special Report for more) REUTERS/Sergei Karpukhin