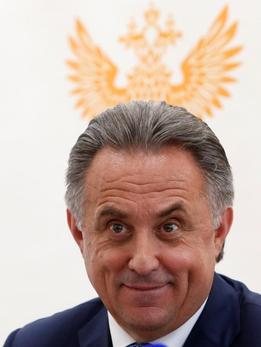 The International Olympics Committee will not impose a blanket ban on Russia’s Olympic team after all, saying that Russian athletes can compete if they can prove to their International Federation that they have a clean doping record; the mitigated ban will still block the entire track and field athletics team from competition (excluding long-jumper Daria Klishina).  Sports Minister Vitaly Mutko expressed gratitude to the IOC, but also complained about the decision to ban those who have tested positive for banned substances in the past.  Russia’s Olympic chief Alexander Zhukov said the ruling was one of the hardest decisions in the history of the Olympics.  A Russian Olympic Committee official said the final decision ‘was to be expected. You can’t behave improperly toward a power like Russia.’  The World Anti-Doping Agency (WADA) is disappointed by the decision, saying it could lead to ‘lesser protection for clean athletes’.  Russia now may face suspension from the Paralympic games in Rio in September, following the publication of a new WADA report that uncovered widespread doping and cover-ups.

The apartment of prominent political analyst Andrei Piontkovsky, and the homes of his daughter and grandchildren, have been subjected to early morning searches by FSB officials; Piontkovsky left Russia earlier this year in fear that he would be persecuted for an article he wrote about Chechnya.  The campaign of US Presidential hopeful Hillary Clinton has accused Russia of being involved in the leak of Democratic National Committee (DNC) emails, with the aim of helping her opponent, Donald Trump.  Some cybersecurity experts agree with the accusation; the Kremlin says there is no chance.  Rosneft has been excluded from taking part in the privatisation of Bashneft, because ‘that would not be true privatisation’, according to an economics official. ‘If Rosneft takes part in the privatization, it will only be moving the same money around.’

Russia’s new anti-terrorism laws may be designed to ensure that ‘the Moscow Patriarchate ‘stand[s] alone for national identity’, according to an Archbishop of the Russian Orthodox Church in America.