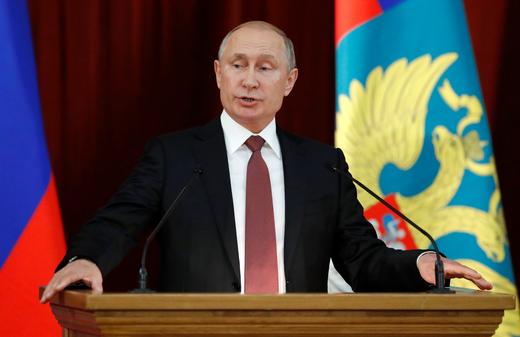 Denis Suvorov, a popular journalist and television anchor with Rossia Nizhny Novgorod, has been killed. Following the arrests of prison officials in Yaroslavl over the torture of an inmate, the Federal Penitentiary Service has announced plans to set up inquiry boards in all of its regional branches to inspect correctional facilities and dismiss those found to have abused their powers. A prison guard in Bryansk has been detained in connection with the death of an inmate by suffocation. Siberian miners are striking over $557,000 worth of unpaid wages. The Moscow-based rights group Memorial has determined that activist Mikhail Savostin, who was charged with possession of illegal drugs, is a political prisoner. Foreign Minister Sergei Lavrov and German Chancellor Angela Merkel met in Berlin yesterday to discuss Syria and Ukraine. This Guardian piece offers an analysis of the “three Russias” – an unstable equilibrium of leadership, elites, and society.

A controversial bill to raise VAT to 20% has been passed as part of a new budget package. The Orthodox Church is unhappy that beer will continue to be sold at sports stadiums – this had been banned prior to the World Cup but increased sales have prompted an extension of the new relaxed rules. The Kremlin has responded vaguely to the US administration’s invitation to Vladimir Putin, saying that the leader would have other chances to meet Donald Trump. Mikhail Gorbachev’s interpreter explains why their Helsinki summit earlier this month was not a failure.