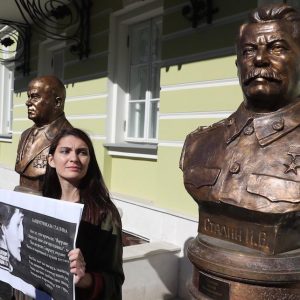 As Germany headed to the polls yesterday, it was reported that a Russian ‘botnet’ has been promoting the far-right Alternative for Germany Party (which has performed strongly). In its investigations into Russia’s use of Facebook accounts to spread fake news during the US presidential election campaign, the company has apparently found that the hacking group Fancy Bear, connected to Russia’s military intelligence unit, the GRU, began using fake accounts in summer of 2016. Meanwhile the Kremlin denies any such activity, nor any knowledge of who is behind it. The Washington Post examines how ex-Trump campaign chairman Paul Manafort attempted to share information with oligarch Oleg Deripaska, ‘one of the most concrete revelations to emerge from the probe into Trump’s Russia links’. Russia’s controversial Zapad military exercises are over, but not without accidents. The Independent notes that Russia’s failure to violate any treaties (against the expectations of the West) whilst undertaking the games means NATO looks like it’s the one who has been promoting fake news. Despite the fact that its director is under house arrest, reports say the controversial ballet about dancer Rudolf Nureyev will premiere at the Bolshoi theatre in December. A statue honoring AK47 inventor Mikhail Kalashnikov has had to be amended after observers noted that it mistakenly portrayed a German Second World War weapon.

A Communist Party deputy in Moldavia has accused re-elected Governor Vladimir Volkov of winning 89% of the vote in the recent regional elections thanks to ballot stuffing. The Council of Europe has appealed to the authorities to allow opposition politician Alexei Navalny to stand for election for the Russian presidency despite a conviction which the Kremlin uses to justify preventing him from participating. In Novosibirsk, a rally held by Navalny (who explains his motivations to the LA Times here) attracted 3,500 supporters on the weekend. According to independent media outlet Dozhd, the unveiling of busts of seven Soviet leaders in Moscow, among them dictator Josef Stalin, was accompanied by a one-person poetic protest. In a blow to the freedom of the press, a court in Russia-occupied Crimea has found RFE/RL contributor Mykola Semena guilty on a charge of separatism and handed him a 2 1/2 year suspended sentence.

Russian jets have intensified strikes on the rebel-held Idlib and Hama provinces of Syria, where apparently one of the army’s general lieutenants, Valeryi Asapov, has been killed by mortar shelling. Energy Minister Alexander Novak has said that Moscow would contemplate prolonging the production cuts it agreed with OPEC beyond the first quarter of next year, whilst also considering its exit strategy. The Rosneft-CEFC deal is one way in which ‘business relationships between China and Russia are maturing’.