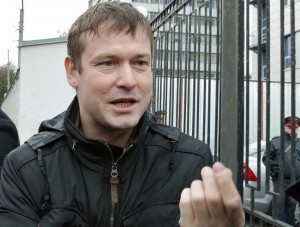 Rights groups and opposition members, including the new Coordinating Council, have responded to reports of the kidnapping and psychological torture of Leonid Razvozzhayev (denied by the Investigative Committee) with outrage, saying it heralds a return to Stalinist political repression.  The Coordinating Council accused the Kremlin of ‘rude violation of Russian and international law’.  Fears within the opposition were sparked after Razvozzhayev talked to the Public Observer Commission about his experiences.  ‘All that I wrote in my so-called confession was written under pressure […] They told me: if you don’t answer our questions, your children will be killed.’  State Duma Deputy Ilya Ponomaryov says he will visit Europe tomorrow to seek asylum for Razvozzhayev, who is his aide.  A report released by Alexei Kudrin’s think tank suggests that support for Putin is dwindling, with many of those surveyed apparently believing in the possibility of a political revolution, whilst the Directorate for Social Projects, a new Kremlin agency created by Vladimir Putin this week, aims to promote patriotism.  A guide for labour migrants, published in St Petersburg, has sparked outrage about xenophobia for depicting workers as ‘paintbrushes, brooms and other tools of low-skilled labor’.

Pension fund managers are appealing to President Putin to block a government plan to divert taxes from its pension scheme (the current State Pension Fund deficit is equivalent to 2.2 of gdp).  Members of the new Coordinating Council (slammed by Georgy Bovt as ‘meaningless’ and having no function) are calling for the opposition’s support of local media, and the need to build an electoral base.  What the Rosneft deal really shows is how much influence Igor Sechin has under Putin’s presidency (he was purged from the company by former President Dmitry Medvedev), says Bloomberg, which also notes that the $61 billion deal is an abrupt change of tone from Russia’s privatisation program sixteen years ago.  Konstantin Sonin suggests that a more efficient tax collecting scheme would make such deals less attractive.  Vitaly Churkin, Russia’s Ambassador to the U.N., has slammed diplomatic leaks who, he says, are feeding ‘disinformation’ to the press about Security Council meetings on Syria.  The Finance Ministry has pulled a government bond auction after investors seemed to be looking for higher returns than were being offered.  easyJet has beaten Virgin Atlantic in its bid to win flights from London to Mosow.

The Huffington Post reports on the Kremlin’s latest tactics of enforced, punitive psychiatry for dissidents, and criticises its new hard line on ‘extremism’.  The new treason law makes ‘any contact with a foreigner potential grounds for prosecution’.