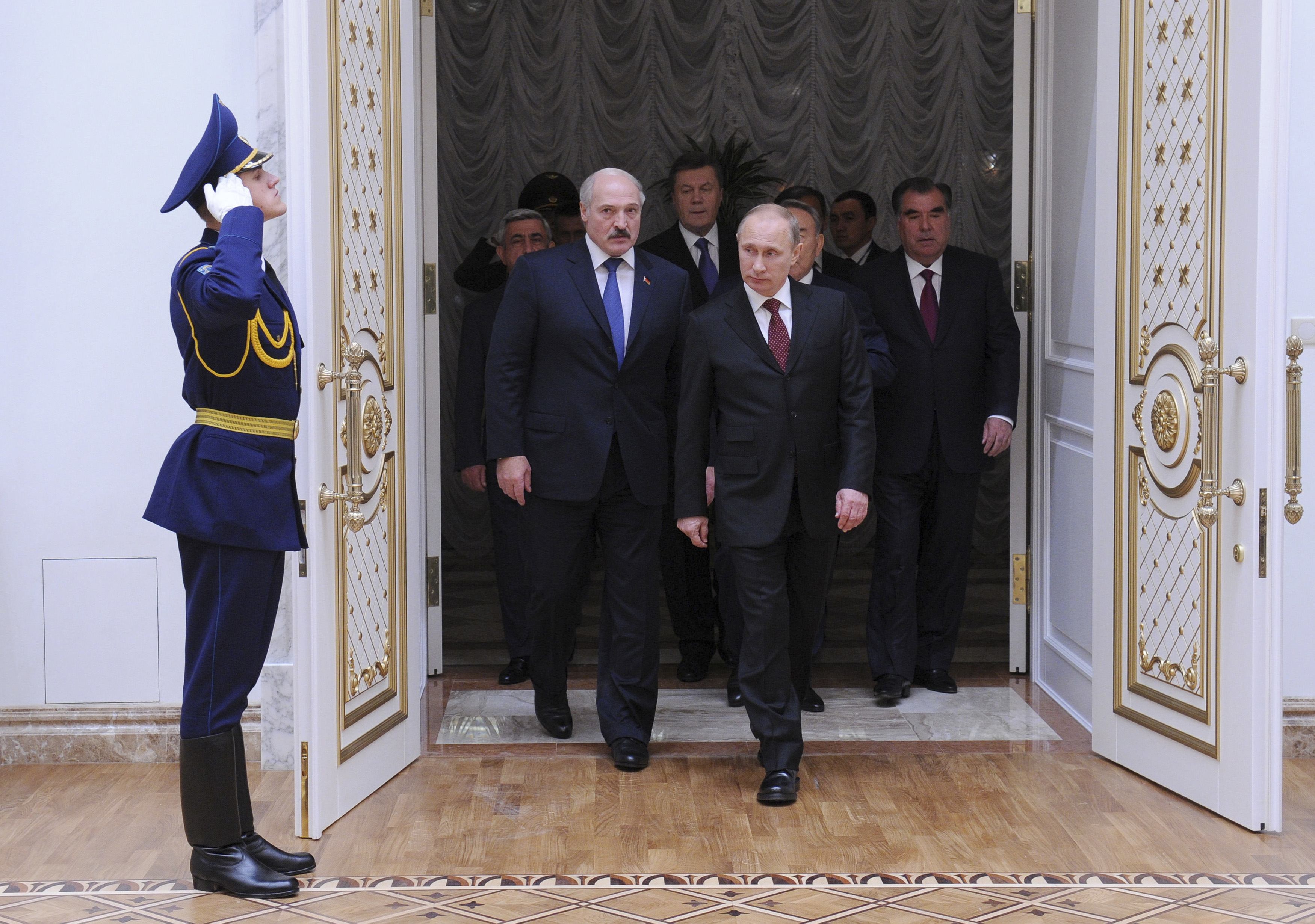 The Eurasian Economic Community summit was held in Minsk yesterday, with Turkey and India both expressing a desire for closer ties; many saw the summit’s main significance as its being ‘the last opportunity for [President Vladimir] Putin to convince his Ukrainian counterpart Victor Yanukovych that joining the Customs Union is a better idea than integrating with Europe’.  This report, however, quotes the President as having said that it was now ‘impossible’ for Ukraine to join.  Putin also suggested that the Customs Union be expanded, and that the Eurasian Economic Community be gradually dissolved.  Today marks the tenth anniversary of the arrest of former Yukos head Mikhail Khodorkovsky – ‘a turning point in Russia’s history’, says Boris Nemtsov.  Marking the anniversary, a former CFO at Yukos writes in The Guardian to represent ‘thousands of Yukos shareholders whose assets were stolen’.  Khodorkovsky himself has a piece in the New York Times, in which he reflects on what has and has not changed over the past ten years of his imprisonment.

Unless his probation term is cut, anti-corruption leader Alexei Navalny will not be allowed to run for office until 2028.  A collection of stories by Russian LGBT writers, titled ‘Gay Propaganda’ and edited by Masha Gessen, will be distributed throughout the country ‘via underground activist networks’.  Russia ‘angrily’ dismissed accusations of espionage from the U.S., after suspicion arose over the head of a Kremlin-run cultural exchange program.  Authorities in Mordovia have turned down Nadezhda Tolokonnikova’s request to open a criminal case against the deputy head of her former penal colony. http://www.themoscowtimes.com/news/article/mordovia-authorities-dismiss-tolokonnikovas-demand-to-prosecute-prison-official/488434.html ‘Putin is no more worthy of the Nobel Peace Prize than Syrian President Bashar Assad,’ argues Michael Bohm. http://www.themoscowtimes.com/opinion/article/a-nobel-prize-tailor-made-for-putin/488451.html

Gazprom has completed its first solo offshore project – the Kirinskoye field off the island of Sakhalin.  The government is searching for a way to grab a share of the ‘billions of dollars’ accumulated by Rosneftegaz in recent months, demanding a $4.9 billion payment in relation to the THK-BP takeover deal.  BusinessWeek looks at what was missing from the raft of energy deals Russia signed with China this week: namely, ‘a long-term agreement to sell China natural gas through a dedicated pipeline’.