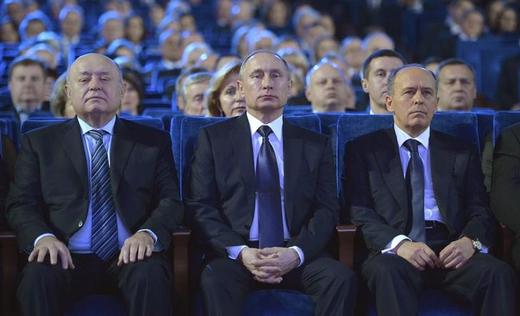 The US is to deploy over 300 troops in Norway, just 1000km from the Russian border, building on the military equipment that is already based there, with the aim of ‘interoperability within the Alliance’, according to the Norwegian Defence Minister.  US Secretary of State John Kerry ‘voiced concern’ to Foreign Minister Sergei Lavrov about the disastrous situation in Aleppo.  The Kremlin’s version of the US presidential election is one that very much mirrors the US’ view of Russia’s elections: ‘not transparent, lacking competition, mass falsification, and carried out using the resources of the incumbent administration.’  The Serbian President’s comment that EU membership conditions are ‘humiliating’ may have been motivated by pressure from Russia, which has been trying to persuade it not to join.  Analysts are guessing that the Central Bank will cut its main lending rate in next year’s first quarter.  Russia’s middle class has shrunk by over 16% (or 14 million people) in the past three years, by Sberbank’s estimates.

Deputy Sports Minister Yury Nagornykh, who was accused of having played a key role in this year’s extensive doping scandal, has been ‘released from his duties’.  The Orthodox Church is holding its own national media festival to influence journalism topics all over the country, with Patriarch Kirill due to give his own major news conference.  Over 2,000 people gathered in Moscow over the weekend to march against abortion, and gathered signatures for a petition calling for a total ban on abortion, which Kirill personally signed.

Russia is stepping up its cooperation with OPEC in advance of a possible freeze or cut in oil production, according to Energy Minister Alexander Novak, who is confident that a deal will go ahead; OPEC is urging the importance of addressing ‘overcapacities’ in the market.