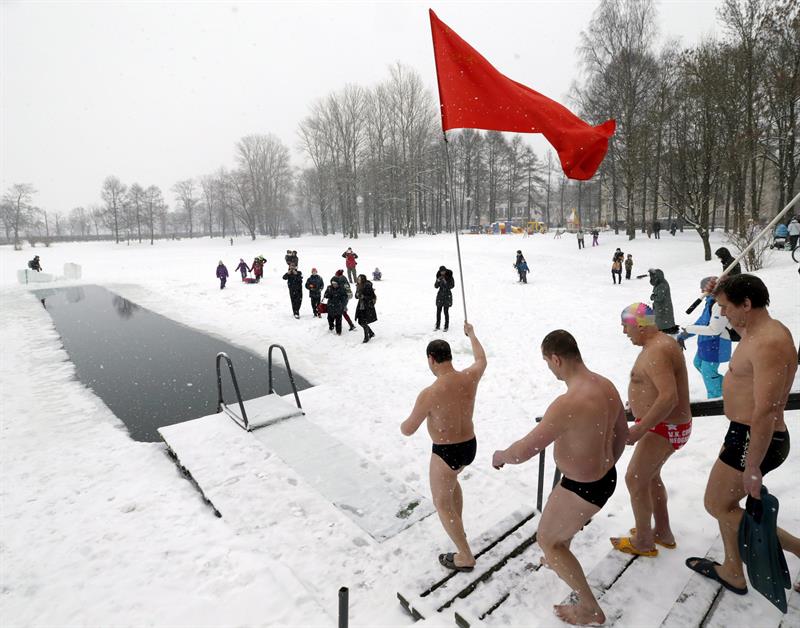 The U.S. and Europe are warning Russia that it may face further sanctions if it does not take measures to stop the violence in Ukraine, after more fighting over the weekend.  U.S. President Barack Obama reiterated his position during a press conference in New Delhi: ‘We have no interest in seeing Russia weakened or its economy in shambles. We have a profound interest […] in promoting a core principle: Large countries don’t bully smaller countries.’  Foreign Minister Sergei Lavrov says Russia is ready to do whatever it can to bring the conflict to a peaceful solution by encouraging rival sides towards a ceasefire.  On Saturday, Russia used its veto to block a statement by the United Nations Security Council condemning the recent increase in violence.  Deputy Prime Minister Dmitry Rogozin says the real reasons for Western sanctions against Russia are the country’s independent political policy and increasing economic power. ‘Ukraine is an excuse and the real cause is where we [Russia] are heading.’  RFE/RL ponders the future of Ukraine, noting that ‘A successful Ukraine would serve as a powerful rebuke to Russia.’  Two Russian officials, on separate occasions, suggested that citizens could make it through the economic crisis by spending less – with Deputy Prime Minister Igor Shuvalov advising Russians to ‘eat less food, use less electricity’.

Gay rights activist Yelena Klinova, who founded an online support group for LGBT teenagers, has been fined 50,000 rubles for violating the law against ‘propaganda of nontraditional sexual relations among minors’.  Three protesters were detained at a sanctioned rally in Moscow on Saturday, supposedly after the march veered from its stated political goals.

U.K.-based Bill Browder, whose lawyer Sergei Magnitsky was beaten to death in a Russian prison, talks about the imminent publication of his memoir and says the Kremlin are now threatening that he will be next.

PHOTO: Members of an ice-swimming club mark the 71st anniversary of the liberation of Leningrad (Soviet-era name of St.Petersburg) from the Nazi blockade in WWII, in St. Petersburg, Russia, 25 January 2015. (EFE/EPA/ANATOLY MALTSEV)