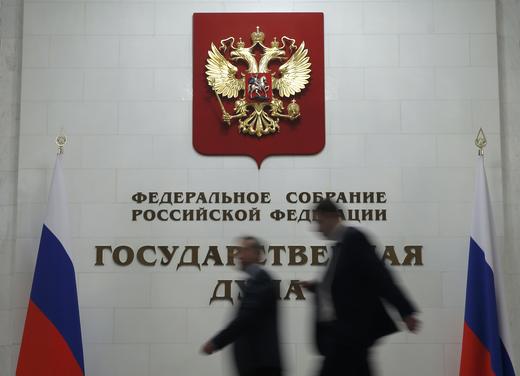 The State Duma has passed the second reading (effectively paving the way for the President’s final approval) of a law that will decriminalise domestic violence (only two opposed the measure, one abstained, 385 were in favour) for first-time offenders.  Proponents of the law believe it will protect parents’ rights to discipline their children; women’s rights advocates say Russia has a problem with domestic violence and should be focusing on laws that will prevent, not allow it.  The Health Ministry has abandoned a proposal that would have allocated additional funding to fight the spread of HIV.  Sergei Mikhailov, senior official of Russia’s cyber-intelligence department who many believe oversaw the hacking of the U.S. election last year, has been arrested in Moscow on charges of treason; he was detained along with Ruslan Stoyanov, the senior manager at Kaspersky Lab.  Russia came 131st out of 176 in Transparency International’s newest Corruption Perceptions Index. President Vladimir Putin serenaded a group of students at Moscow State University yesterday with a Soviet-era space exploration song.

President Vladimir Putin met with the heads of Glencore, Intesa, and the Qatari sovereign wealth fund yesterday at the Kremlin, to thank them for their roles in the privatisation of Rosneft last year, to assure them of successful business development in Russia, and to point out that Rosneft’s share price has already risen since the deal, garnering them profits.  Putin also said he hoped that the Qatari sovereign wealth fund will now expand its cooperation with the Russian Direct Investment Fund (RDIF).  Gazprom is concerned that Poland’s stalling on its acceptance of the new gas transit terms will put deliveries to Europe at risk.  The upcoming auction of the giant Sukhoi Log gold field, one of the world’s largest and constituting around a quarter of Russia’s reserves, looks likely to be won by a joint venture between Polyus Gold, and Rostec Corp, run by a long-time ally of Putin.  Sberbank, the largest Russian bank, is facing hostile takeover charges in the U.S. and, if found guilty, a compensation payment of $750 million.  Russian arms maker Almaz-Antey was unsuccessful in its attempt to force the E.U. to lift sanctions against it in the European courts.

Russia’s VTsIOM found that Donald Trump’s presidency is significantly more popular in Russia than it is in the U.S.  This piece tries to guess at what Trump’s Russia policy might look like.