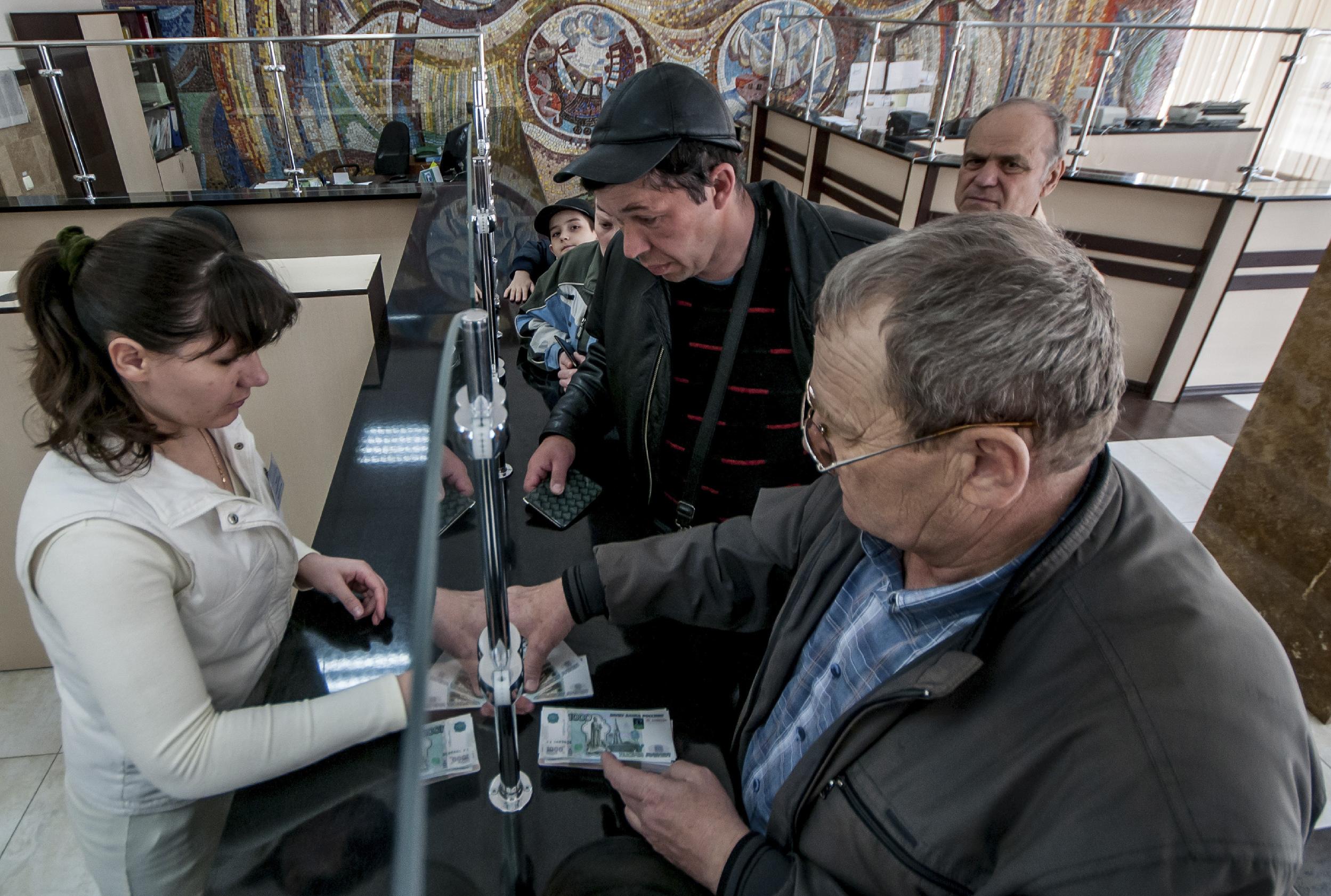 Russia may need to use a minimum $2.8 billion of its emergency budget reserves to subsidise Crimea this year and avert an economic crisis, and a Moscow-based analyst is anticipating a renewal of the Black Sea naval fleet.  6,500 Crimeans have received Russian passports this past week.  U.S. President Barack Obama has made his first public acknowledgement that Russia is unlikely to cede control of Crimea, but said that the international community would never recognise the takeover.  Obama belittled Russia as a ‘regional power’ that invaded Crimea out of ‘weakness’, and warned President Vladimir Putin to stay out of Ukraine.  In addition to its current sanctions (shrugged off by Prime Minister Dmitry Medvedev yesterday), Congress is pushing to expand exports of natural gas in a bid to challenge Russia’s energy dominance.  Western business leaders are coming under pressure to send a message over Crimea by boycotting the upcoming St. Petersburg economic forum in May.  A new bill being drafted in the Duma seeks to limit the number of foreign films that can be shown in Russian cinemas, with a United Russia deputy arguing that American films ‘promote the stereotypes, national interests and values of the United States’.  At very least, diplomatic disagreements are not affecting space partnership: a team of astronauts and cosmonauts headed to the International Space Station yesterday.

Vladimir Zhirinovsky’s Liberal Democratic party wants Duma member Ilya Ponomaryov expelled for voting against the annexation of Crimea. ‘A senior member had to remind Zhirinovsky later that deputies cannot be expelled simply for the way they vote.’  A leaked audio recording of Yulia Tymoshenko apparently reveals the former Ukrainian PM advocating violence against Russians, and in particular against Vladimir Putin; the President’s spokesman thus far has no comment.  A Moscow court has upheld the verdict against protester Mikhail Kosenko, who was sentenced to indefinite compulsory psychiatric treatment, despite footage contradicting the charge that he assaulted a police officer.  A violent attack last week on economist Mikhail Dmitriyev, who was sacked from his post in January for criticising the Kremlin’s new pension policy, could reflect ‘a growing intolerance to independent thinking in Russia’.

Rosneft is looking to team up with India’s Oil and Natural Gas Corp on a long-term supply deal.  Over 22,000 people have signed a petition on the White House website calling for the secession of Alaska from the United States to seek reunification with Russia.

PHOTO: Crimean retirees line up to get their pensions in Russian rubles inside a post office in Simferopol, Crimea, Tuesday, March 25, 2014. The Crimean authorities began paying pensions in rubles following the Ukrainian region’s annexation by Russia. (AP Photo/Alexander Polegenko)