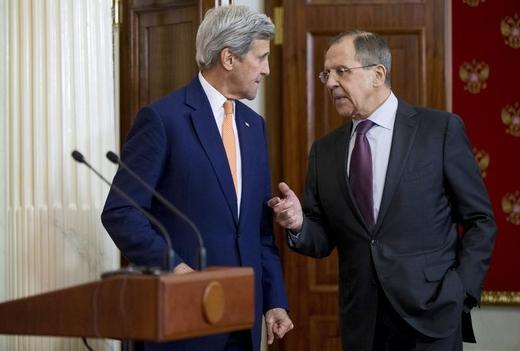 The Syrian Prime Minister has revealed that Russia and Syria have signed a number of deals worth 850 million euros under which Russia will restore Syria’s infrastructure. The Russian side was apparently ‘receptive’ to the idea.  Russia says it is seriously concerned about the degeneration of negotiations at Syria peace talks in Geneva.  Russian prosecutors are apparently lobbying Interpol to put former Yukos head Mikhail Khodorkovsky on an international wanted list.  A representative for the Prosecutor General said that Interpol is ready to reconsider its early refusal to put Khodorkovsky on such a list.  Iran wants better relations with Russia, Russia has extended its intelligence cooperation with Israel in Syria; the Guardian reports on a complex triangle. The Interior Ministry will spend $77,000 on a non-lethal psychoacoustic crowd-dispersing system to use at demonstrations.  Brian Whitmore analyses the news that former police general Tatyana Moskalkova is to be the new human rights ombudsman. ‘To say that Tatyana Moskalkova has a rather creative take on human rights would be somewhat charitable.’

Leonid Bershidsky writes on the dangers of being a media mogul in Russia, using Mikhail Prokhorov as a case study, and arguing that of all Prokhorov’s $10 billion assets, it is RBC, his relatively tiny media company, that is jeopardising his position.  Dmitry Peskov says the Kremlin has had no involvement in the possible sale of RBC; Prokhorov’s Onexim Group continues to deny rumours of a sale.  Israel’s contestant for the Eurovision Song Contest claims that Russian border officials ripped his passport and denied him entry into Russia, he says, because he is openly gay.  Ukrainian President Petro Poroshenko announced his ‘firm belief’ that former pilot Nadezhda Savchenko will be released from prison in Russia and returned to Ukraine in the next few weeks.

The Kremlin is going to spend $1.3 million dispersing clouds over Moscow on May 1, to ensure a sunny day.  Let’s hope no one is planning to celebrate with red caviar.