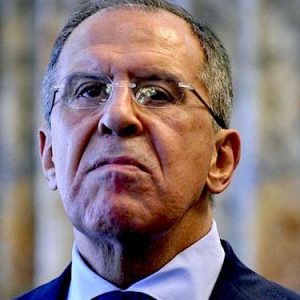 Washington’s House Oversight Committee, which is looking into Donald Trump’s links to Russia, has asserted that his former national security adviser, Michael Flynn, was likely in breach of the law when he failed to disclose payments he had received from Russia and Turkey.  During a visit to Russia, Flynn dined with Putin and gave a speech at a gala dinner sponsored by RT, which allegedly paid Flynn at least $33,000 for the trip.  The investigation into Russian influence in the U.S. elections will be led by Rod Rosenstein who has been voted in as the new deputy U.S. attorney general.  Foreign Minister Sergei Lavrov has given an interview to Esquire magazine in which he discusses lifestyle, diplomacy and Spartak: the Moscow Times has some of the interview’s highlights.  Lavrov has refuted a U.S. allegation that Moscow is supplying arms to the Taliban in Afghanistan.  Reports are emerging that the U.S. has despatched a small number of its newest fighter jets to Estonia, in what is imagined to be a message to Russia.  Following Kiev’s decision to cut power supplies to the breakaway Ukrainian region of Luhansk, Moscow has said it will supply them instead.

Russia returned to being the number one crude supplier to China last month, as OPEC producers are considering the possibility of extending a deal to limit production – which could prove problematic for Russia, this article suggests.  Deputy Prime Minister Arkady Dvorkovich says that a fragile balance has been reached in the global oil markets, but it is one that could be thrown off by any ‘sharp moves’.  A group ostensibly linked to al-Qaeda has claimed responsibility for the St. Petersburg subway bombing of earlier this month.

Four of the nonprofit foundations recently identified as possible parts of Dmitry Medvedev’s ‘secret empire’ (as per Alexei Navalny’s claims) have disclosed their financial records this week.   It has not received a great deal of media attention but we should be more worried about Putin’s suppression of the Jehovah’s Witnesses, says a Guardian comment piece.  Novaya Gazeta journalist Elena Milashina is reportedly in hiding after her coverage of the crackdown on gay men in Chechnya provoked death threats and calls for ‘retribution’.