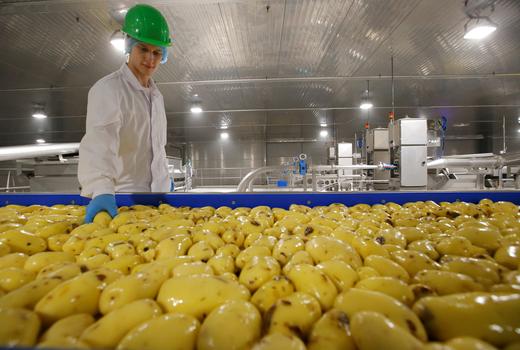 The Supreme Court has upheld the 2014 theft conviction of anti-corruption campaigner and opposition leader Alexei Navalny and his brother, ignoring the position of the European Court of Human Rights and thereby, as Navalny pointed out, bailing on its international agreements. The brothers deny the charges as politically motivated. The European Commission is about to point the finger at Moscow for waging “information warfare” with mass disinformation campaigns that are creating societal tensions. Current preparations for this year’s World Cup are the sole driver of economic growth in Russia, according to Deputy Prime Minister Arkady Dvorkovich, contributing $14 billion of its GDP over the past 5 years, and an expected total impact of $31 billion. Current US sanctions may cost Russia’s banking sector $1.6 billion, more than 6% of its anticipated profit for the year. Oligarch Oleg Deripaska’s personal fortune has plummeted by almost $4 billion since the sanctions were announced. A $6 billion arms deal with India may not be able to go ahead because of sanctions, and other US allies who are Russian customers may also be affected. Russia is accusing the US of violating international law and US legislation after its officials broke into the residence of Russia’s Seattle, Washington consul, which they had ordered vacated earlier this week. Foreign Ministry Spokeswoman Maria Zakharova called it “a state-sponsored hostile takeover“.

The acquittal of a mother who murdered her violent partner is “unprecedented”, possibly the first instance of a Russian court siding with the woman in a domestic violence dispute, her lawyer claimed. Last year’s law decriminalising domestic violence has led to a 27% increase in domestic violence complaints. Former Gogol Centre theatre director Aleksei Malobrodsky will be transferred from pretrial detention to house arrest, like his former colleague Kirill Serebrennikov. Prominent Russian lawyer Mark Feigin plans to appeal his disbarment for unethical behavior, saying that his case is evidence that the provisions that regulate lawyers in Russia “are a tool for getting rid of undesirables”.

President Vladimir Putin called for calm in Armenia as protesters gathered again in Yerevan, possibly “Kremlin speak that a coloured revolution will not be tolerated”. The Armenian opposition has apparently been reassured by Russia that it would not intervene in the political crisis. Germany paid less for Russian natural gas than most other buyers this year, possibly an indicator of their positive energy relationship. Gazprom is expecting to have completed the Power of Siberia gas pipeline to China by the end of the year.