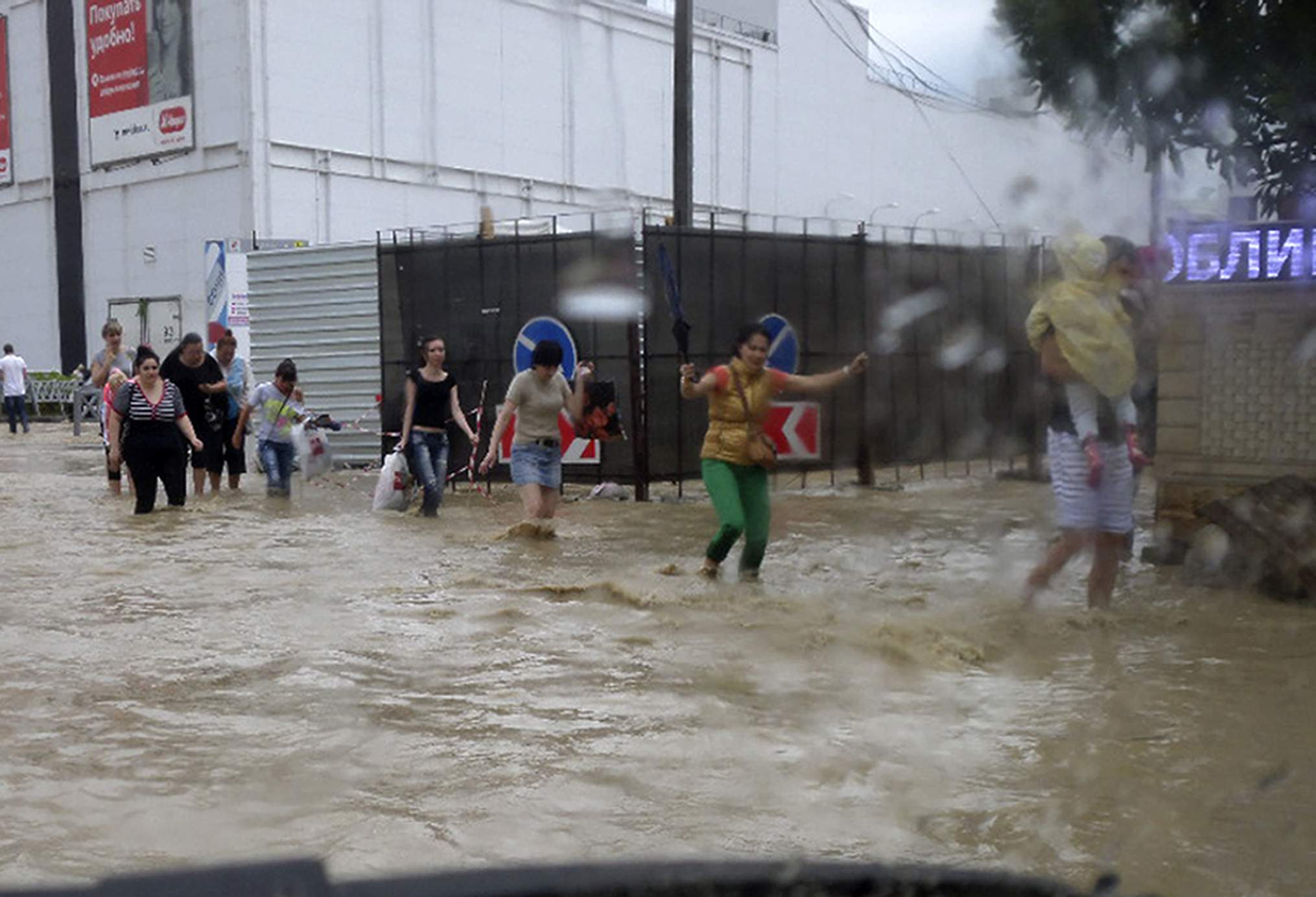 A Pentagon official says President Vladimir Putin’s notion of controlling escalation with nuclear power makes no sense, given that ‘nuclear use would be the ultimate escalation’.  Nato commander Philip Breedlove says he doesn’t think that Putin is ‘done’ in Ukraine, because he continues to keep Russia’s military options open on the border, citing ‘a very detailed supply situation’.  Putin and President Barack Obama had their first phone conversation in almost five months yesterday.  Former Afghan President Hamid Karzai says relations with Moscow are ‘blossoming’.  The U.S. will send a marine unit to Bulgaria in September to reassure Nato allies who fear Russia’s next steps.  Moscow threatened Poland and Romania with possible rocket strikes if they agree to host American missile defense systems.  Is Russia now the world’s ‘preeminent counterrevolutionary power’? Roger Cohen discusses cultural conflict.

Prime Minister Dmitry Medvedev says that Western countries need to be as ready as Russia is to make changes in their relationship and end sanctions; the Kremlin’s extension of its food import ban, he says, is driven by economic, not political, concerns.  The current list of banned products, he says, is subject to change.  Gazprom is planning to invest $8.8 billion over the next three years constructing a giant gas pipeline to China to cover the $400 billion, 30-year-supply contract it signed last year.  The U.S. State Department’s latest human rights report lists Russia’s most significant human rights issues last year as politically-motivated prosecutions, state discrimination against minorities, and control of the press.  A dental surgeon in Moscow says he was attacked at his office after complaining to the Mayor’s Office about planned city health reforms.

A state of emergency has been declared in Sochi after the resort, built for the Winter Olympics last year, was brought to a standstill by flash floods that shut down energy and transport infrastructure.  During an interrogation made in connection with the case of the murder of Boris Nemstov, Journalist Alexander Ryklin apparently confirmed that Chechen leader Ramzan Kadyrov had threatened the opposition leader.