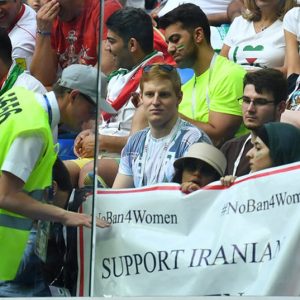 The Kremlin’s controversial pension reform plans are apparently responsible for the biggest fall in Putin’s popularity ratings in four years; the President’s spokesman has dismissed reports of any concern over this and is dealing with the issue “pragmatically”. A Moscow court has extended the five-year suspended prison sentence given to Kremlin foe Alexei Navalny on an embezzlement conviction by one year, as he has been repeatedly convicted of administrative offences in the past twelve months. Sochi-based opposition activist Dmitry Titkov, who works with Navalny, has told RFE/RL about seeking political asylum in Sweden after months of harassment in Russia. Academic networks are highly concerned about a crackdown on progressive higher education institutes following a decision to revoke the accreditation of private university the Moscow School of Social and Economic Sciences.

Russia is showing no signs of regret when it comes the annexation of Crimea (despite the international sanctions) as it plans to turn the anniversary of its 18th century accession of the Crimean peninsula into the Russian Empire into a public holiday. Apparently interest in the issue of Crimea is waning, if the amount of coverage it receives by Russian state-backed news channels is anything to go by. Historically high rates of alcoholism can only be tackled by a greater understanding of the disease, say experts as Russia marks International Day Against Drug Abuse. According to new statistics, an absolute majority of Russians (89%) are staunchly against the idea of legalizing soft drugs.

An Iranian activist who was prevented from unfurling a banner at a World Cup match in protest against her country’s ban on women attending football games hopes to make a second attempt at protest at a match on Monday. Many LGBT football fans have had positive reports of their World Cup experiences, “but outside the stadium, public LGBT events were met with a harsher hand”, says the Moscow Times.