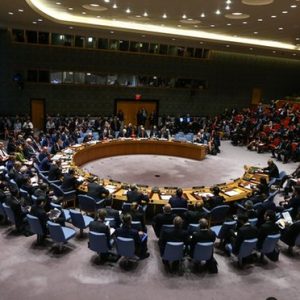 A session of the UN Security Council has seen Russia accused of war crimes in Syria following a spate of incendiary bombs hitting civilian targets in the rebel-held city of Aleppo.  The U.S. Ambassador to the UN, Samantha Power, stated that ‘what Russia is sponsoring and doing is not counter-terrorism. It is barbarism’.  The UK Foreign Secretary Boris Johnson has been equally condemnatory, noting ‘Putin’s regime is not just handing Assad the revolver; he is in some instances firing the revolver. The Russians themselves are actually engaged.’  Foreign Minister Sergei Lavrov maintains that a ceasefire cannot be met on the basis of ‘Russia’s unilateral concessions’, but only on a collective basis.

As top government roles continue to shuffle, it seems that Sergey Kirilenko (described by the Moscow Times as ‘a curious, even mysterious, figure’) is tipped to replace Vyacheslav Volodin as the Kremlin’s first deputy chief of staff.  Former Crimean Prosecutor General, Natalaya Polenskaya, has been appointed to a key anti-corruption position in the State Duma, ensuring that deputies declare their full incomes to the Russian government.  In an article examining the resolve of Central Bank Chief Elvira Nabiullina, it is noted that ‘Putin’s inner circle is dividing into two broad camps’: those who favour a strong military state, and those (such as Nabiullina) who favour ‘economic openness’.  The Finance Ministry is apparently increasingly using lower oil prices in its future planning so as to avoid ‘building castles in the sky’.  It has also come up with a new ‘Robin Hood’ strategy to reallocate funds from Russia’s wealthiest regions to its poorest.

The recent parliamentary elections (in which United Russia won a resounding victory) have failed to fully restore the trust of the Russian people, the head of the Central Electoral Committee admits.