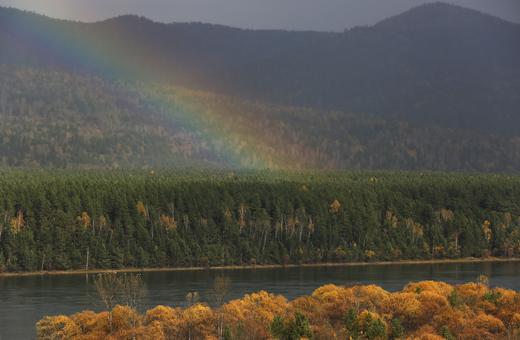 A new report by OCCRP, a global group of investigative journalists, alleges that President Vladimir Putin’s inner circle of family members and friends has amassed a total wealth of $24 billion, with most of their money coming from ties to state corporations, particularly in energy. The report explains how this has been done using the example of Mikhail Shelomov, the son of one of Putin’s cousin’s, whose annual salary is under $10,000, but who owns a company which “mysteriously” received an 8.4% stake of Bank Rossiya, as well as several other stakes in major companies, but cannot explain why or how. Presidential hopeful Ksenia Sobchak’s comments about the status of Crimea which, “according to international law,” she said, “belongs to Ukraine. Period,” have incensed officials, although many have pointed out her 2014 Twitter posts which spoke out in support of the annexation as “a brilliant political maneuver”. Kremlin spokesman Dmitry Peskov slammed Sobchak’s statement as “a wrong statement both in substance and form”. The head of the Liberal Democratic party, Vladimir Zhirinovsky, called for a criminal case to be opened against her. It is still unclear as to whether Putin will run, but as the New York Times notes, “none of the potential candidates appear in a position to unseat him”. Two activists have been jailed in Sochi for supporting Alexei Navalny’s presidential election campaign. Moscow City will allow an annual ultranationalist far-right march to be held in the Lyublino district next month.

Journalists Oleg Kashin and Aleksandr Plyushchev say they plan to sue the FSB for demanding that messaging app Telegram hand over encryption keys that would enable authorities to decipher encoded messages. In a bid to rebuild its credibility, Kaspersky Lab has admitted that its software automatically discovered powerful digital surveillance tools on a US computer, on a single occasion in 2015, but that no other incidents had been found. The company portrays the incident as accidental and careless, and says the cache was immediately deleted. German President Frank-Walter Steinmeir met with Vladimir Putin yesterday and told him that both sides need to work on improving the current state of relations. “We are far from having normal relations… There are open wounds still.” Putin agreed that political problems should not prevent the improvement of ties. The pair discussed the possibility of sending a UN mission to Ukraine.

Alexei Stroganov, an activist from the Solidarnost opposition movement, has died after being attacked two months ago with an iron rod and falling into a coma. Pussy Riot activists spoke about the use of their harrowing prison experiences as inspiration to create new art. The controversial film ‘Matilda’ has had its first showings in Russia, with Orthodox activists detained outside movie theatres.

PHOTO: A rainbow above the bank of the Yenisei River in the Siberian Taiga area outside Krasnoyarsk, Russia. REUTERS/Ilya Naymushin October 25, 2017