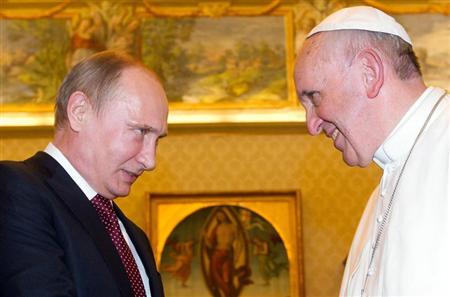 Former Ukrainian Prime Minister Yulia Tymoshenko is protesting Ukraine’s decision to re-open dialogue with Russia by commencing a hunger strike, whilst the European Union vowed not to pressure Ukraine to choose sides, and responded to news of continued anti-government protests in Kiev by denying that Russia had scored a geopolitical victory: ‘The vector for European integration is irreversible … and the current protests are cementing that vector.’  Newsweek says Ukraine is crucial for Putin ‘in establishing his dream alliance and restoring Russia to its former Soviet glory’.  For Ukraine, it’s a question of numbers: ‘Exports to Russia in 2012 of $17.6 billion outstripped those to the whole of Europe including non-EU states.’  All eyes are on upcoming energy talks to see whether Ukraine’s expensive gas contracts with Gazprom will be revised.  The spurious argument for banning imports of Moldovan wine is an ‘arm-twisting tactic’ driven by the upcoming Vilnius summit at which Moldova is expected to sign agreements with the European Union, says The Economist.  Activists are unimpressed by a new law banning advertisements for abortion.  The Russian Direct Investment Fund agreed a $1.35 billion investment deal with an Italian state fund.  Rumour has it that Putin is going to give Silvio Berlusconi a diplomatic passport (as Russian ambassador to the Vatican) to rescue him from a tax fraud conviction.  Putin sat down for a chat with the Pope yesterday to discuss Syria, but the two avoided the subject of relations between the Catholic and Russian Orthodox Church.

President Vladimir Putin hinted that he would temper an unpopular bill that allows the Investigative Committee to open criminal inquiries into corporate tax records, but was vague on the details.  Troubled miner Mechel has been granted a waiver on the terms of its $1 billion loan.  What exactly was Putin up to with his All-Russian Literary Gathering last week?  Masha Gessen explains it as another attempt ‘to recreate the Soviet [Union].’  This piece backs up Gessen’s theory, quoting from a statement allegedly made by Putin during the gathering that if the actions of dissenters such as the Bolotnaya Square protesters are not punished, ‘Russia will experience the same problems as it did during the Bolshevik revolution of 1917.’  Putin’s plan may be Russian, but his moves – such as the ‘raised steeple’ – are Australian.

This weekend saw the fourth attack against popular Moscow gay club Central Station.  It would appear that Putin has his eye on the estate of emigre composer Sergei Rachmaninoff.  The Kremlin announced remunerations for its medal-winning Olympians at next year’s Sochi Olympics.  Lawyer Semyon Ariya has died in Moscow at the age of 90.