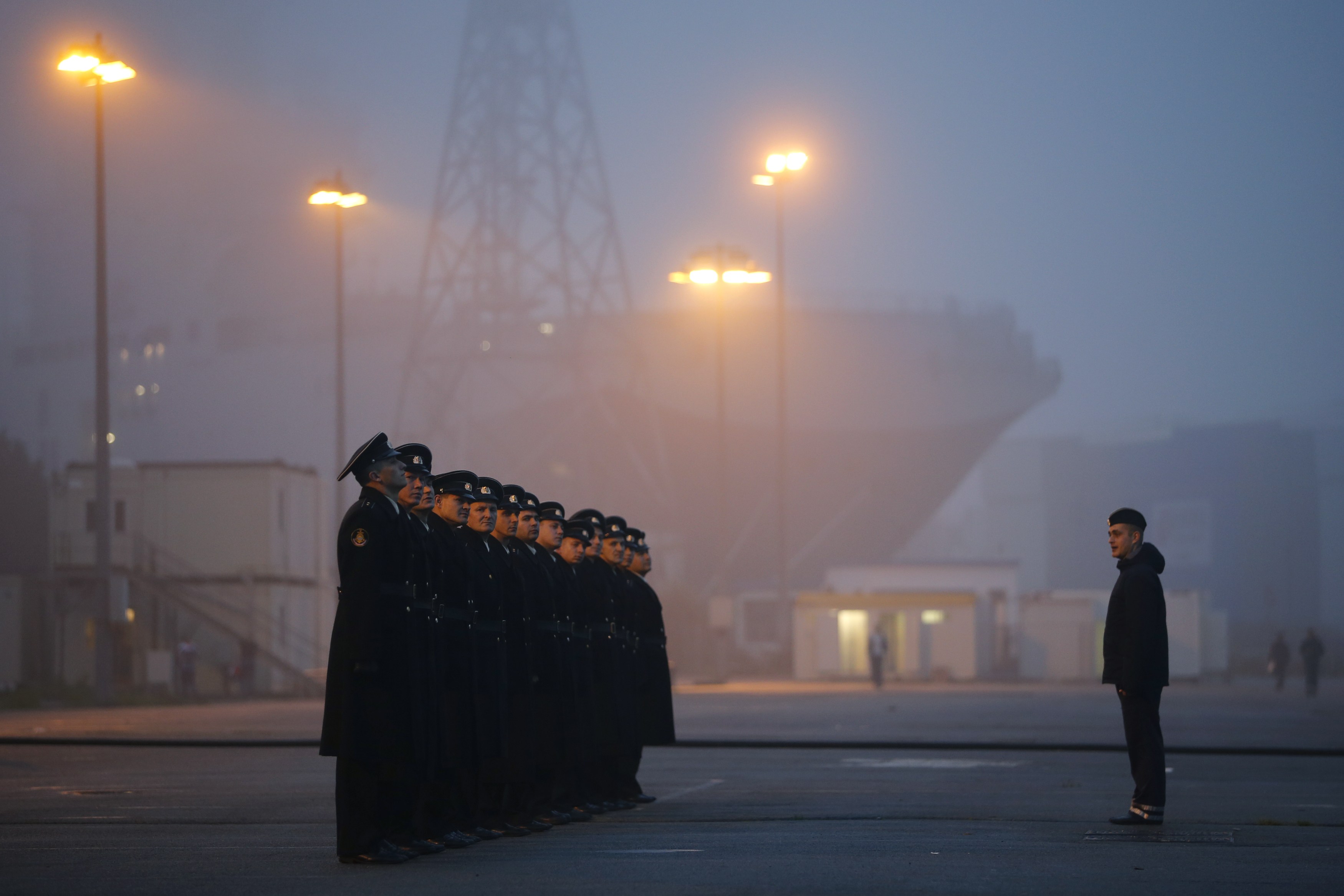 President Vladimir Putin is suspected of being involved in a ‘cash and charm offensive’ targeting far-right populist parties in Europe, a bid to strengthen the Kremlin’s political influence in the EU; this includes a Russian bank granting an $11 million loan to France’s Front National.  The party’s head, Marine Le Pen, commented: ‘These insinuations are outrageous and injurious. Does getting a loan dictate our international position?’  Soviet scholar Karen Dawisha spoke to the New York Times about Putin’s ‘thievery’ which, she says, has made him and his coterie ‘fabulously rich’.  Sergei Kolesnikov, in exile after uncovering a Putin-commissioned plan to build a ‘Black Sea palace’ with ill-gotten funds in 2010, tells RFE/RL that the President has no choice but to stay in power if he wants to avoid criminal investigation.  Following an OPEC meeting in Vienna, Russia says it will not cut oil output to boost prices; Energy Minister Alexander Novak says it simply wouldn’t be possible for Russia to change levels quickly.  Rosneft head Igor Sechin made similar comments, adding that new oil price lows are not having much of an effect in Russia.  A Gazprom oil refinery has been fined $30 million in connection with an old pollution case.  Russia is apparently heating up 2.5 times faster than the rest of the world.

France announced that it will postpone indefinitely the delivery of its Mistral warship to Russia due to the situation in Ukraine.  President Vladimir Putin anticipated further successful developments in relations with Vietnam as he welcomed his Vietnamese counterpart, Nguyen Phu Trong.  Trong’s visit saw the signing of a deal between Gazprom and Petrovietnam to develop the Dolginskoye offshore Arctic oil field.  He signed into law new amendments that ban publication of instructions on how to make explosives.  The Washington Post’s editorial yesterday called for more sanctions to be levied against Russia, at least partly because the Kremlin is ‘behaving as if it has nothing to fear’ from the West.  Russia’s buckwheat shortage is not an indicator of serious economic hardship, but people are beginning to hoard food products out of fear; the Agriculture Ministry blames the currency volatility.  Vacancies in Moscow’s financial district are on the rise.

Three journalists and one activist have fled Russia this week, seeking asylum on the grounds of alleged homophobic abuse; St. Petersburg’s outspoken Vitaly Milonov says now is ‘the right time’ for gay people to leave Russia.  Masha Gessen writes Moscow a ‘Dear John’ letter.  Putin’s tiger is being blamed for a spate of goat deaths.