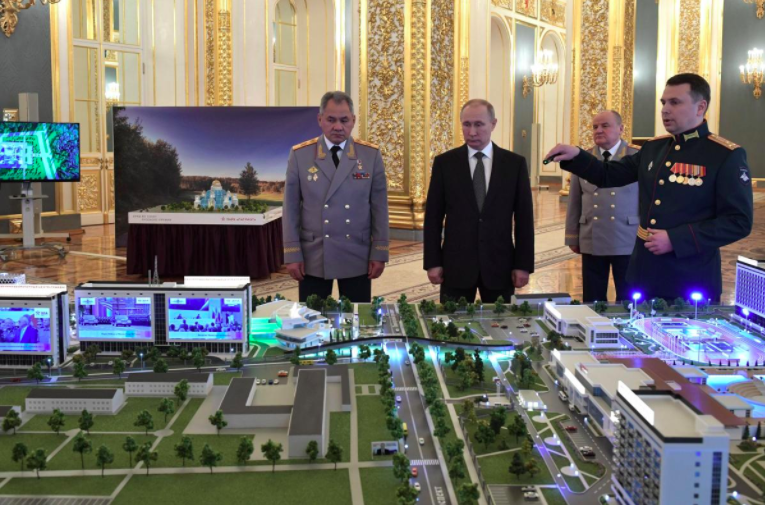 Leaked reports show that Danish bank Danske shut down 20 Russian customer accounts in 2013 after concluding that members of President Vladimir Putin’s family and the FSB were using them to launder cash through UK companies. Putin has ordered a daily 5-hour truce in Syria and a “humanitarian corridor” that will allow civilians to leave Ghouta, as the UN ceasefire has led to “barely a lull” in violence. Syrians said the order “legitimises the strikes on civilians”. Russian news is focusing on Russia’s humanitarian efforts in Syria and reporting the Deputy Foreign Minister’s assertion that any US use of force in Syria would be unlawful. Foreign Minister Sergei Lavrov says the West is using fake news to skew opinions on Russia’s role in Syria. A state television news channel apologised after a clip from a video game was used in a segment on Syria. Putin approved an updated defence spending program last year that will come into force this year, although the details are being kept under wraps; the previous state armament program is thought to have cost $1 trillion.

St Petersburg activist Artyom Goncharenko has been jailed for 25 days for displaying an inflatable duck in an apartment window during last month’s anticorruption demonstrations. (The rubber duck is a symbol of government corruption in Russia, in reference to the report claiming that Prime Minister Dmitry Medvedev had built a duck house on one of his estates.) Three members of Pussy Riot were detained and then released in Crimea. The International Olympic Committee have voted to lift Russia’s Olympic ban provided no more doping violations emerge from the athletes it sent to Pyeongchang. Despite Russia giving its worst ever Winter Olympics performance, the Kremlin’s official position is that in terms of medals, “it is absolutely possible to view the performance of our Olympians as successful”.

Reuters explains the ongoing power struggle between Norilsk Nickel shareholders Vladimir Potanin and Oleg Deripaska. VTB reported fourth quarter profits of $800 million, higher than expected; it plans to channel at least half of these into dividend payouts.

PHOTO: Russian President Vladimir Putin and Defence Minister Sergei Shoigu attend a presentation to the Era Military Technology Centre following a state awards ceremony dedicated to the Defender of the Fatherland Day at the Kremlin in Moscow, Russia February 23, 2018. Sputnik/Alexei Nikolsky/Kremlin via REUTERS