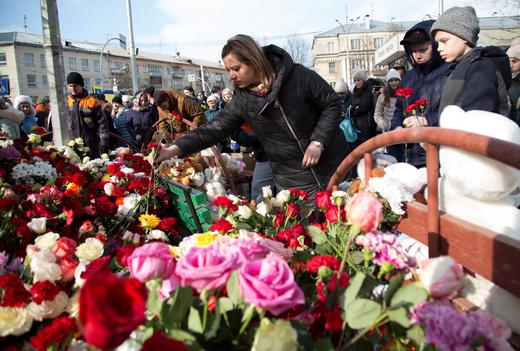 TODAY: US and EU announce largest coordinated expulsion of Russian diplomats in history in response to Skripal attack; Russia vows retaliation, denies allegations, accuses UK and US of being behind the attack; investigation opened into Siberian mall fire which killed 64.

The US and EU announced a coordinated expulsion of more than 100 Russian diplomats – the largest expulsion of Russian intelligence officers in history, said UK Prime Minister Theresa May – over the nerve agent attack on former double agent Sergei Skripal in the UK earlier this month. EU President Donald Tusk warned of possible further measures, and Australia has also joined in. Russian officials slammed the move as an attempt to break diplomatic relations, and announced an equal expulsion of 60 US diplomats as retaliation. The news will likely be taken as strange by ordinary citizens, given that less than 5% of them apparently believe that Moscow was behind the attack. The expulsions show the wide extent of frustration against Vladimir Putin’s personal “brand of hybrid warfare,” says this piece. But does the move play straight into his hands? The final decision on how Russia will respond will be made by Putin, his spokesman said.

Russia maintains that “powerful forces” in the UK and US were behind the Skripal attack, and says the UK’s continuing refusal to disclose information to it regarding the investigation is “inadmissible”. The New York Times argues that relations between Russia and the West are now worse than they were during the Cold War, because at least, during the Cold War, everyone knew roughly what to expect. It’s common practice for spies to masquerade as diplomats, says this piece, it’s just that governments don’t know which of the diplomats in their countries are spies and which aren’t. Poland has detained a government energy official on suspicion that he was spying for Russia.

The Investigative Committee has opened a criminal case after at least 64 people were killed by a fire at a shopping mall in Kemerovo, in Siberia. Four people have been detained. On social media, Russians have complained that state television has avoided properly covering the fire in a bid to avoid broadcasting bad news, drawing a dismissive response (“This is sheer nonsense”) from the Kremlin. Businessman Sergei Mavrodi, whose MMM pyramid scheme cost Russians millions in the 1990s, has died of a heart attack.

PHOTO: People place flowers at a makeshift memorial for the victims of a shopping mall fire in the Siberian city of Kemerovo, Russia, March 26, 2018. (REUTERS/STRINGER)