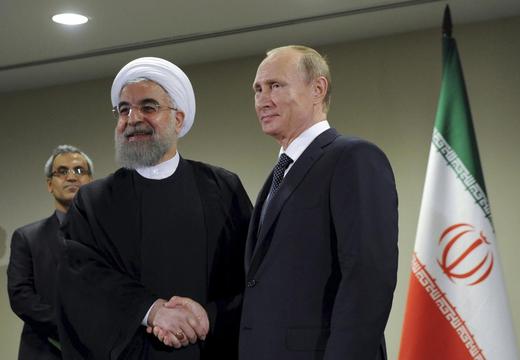 Mikhail Kasyanov, the head of the opposition party Parnas, says the head of the party’s youth wing has been kidnapped in Moscow; Mikhail Konev was forced into a car by unidentified men after a vision to the military draft commission.  Konstantin Malofeev, an Orthodox Christian and the head of Safe Internet League, Russia’s censorship lobbying group, will welcome a delegation today from China which includes ‘the master builder’ of China’s mighty digital firewall. Why? ’Parliamentary elections are coming and they need a solution for the internet,’ says author Andrei Soldatov.  Russia made an early delivery of its S-300 air defense missiles to Iran, and is now in talks to deliver other military equipment as ‘permitted’ by the UN.  Their relationship is forged ‘from a convergence of interests rather than a shared worldview,’ says Reuters, which means there are limits to how much more cooperation they will be able to develop.  Russia says there is no chance of improving relations with Turkey any time soon.  The BBC gives an update and evaluation of the current situation in Syria, as well as an analysis of the extent to which Russia has kept to its recent troop withdrawal.

The European Court of Human Rights (ECHR) ordered Russia to pay $40,000 to five activists jailed for protesting between 2006 and 2012, after ruling that their imprisonment was excessive and violated their right to freedom of expression.  Popular blogger Anton Nosik is facing criminal charges of extremism and faces up to four years in prison for a post in which he called for Syria to be ‘raze[d] to the ground’. Russian film-maker Yuri Bykov describes all of his films as being about ‘the choice between your conscience and your survival’.  Performance artist Pyotr Pavlensky is refusing to allow the closure of a criminal case against him in connection with his 2014 ‘Freedom’ performance.

Russia does not see any new initiatives to freeze oil production before the next OPEC meeting in June, says Energy Minister Alexander Novak.  The Central Bank says that, although the numbers are decreasing, some Russian banks are still carrying out suspicious transactions, despite its warnings.  Rusal is planning to refinance up to $700 million of its debt.  Reuters tells the story of how Mikhail Gutseriyev hedged against the price of crude falling, ‘essentially, taking out an insurance policy’, and thereby making hundreds of millions of dollars.  Yesterday was the 30th anniversary of the Chernobyl disaster; President Vladimir Putin called it ‘a serious lesson for all mankind’.