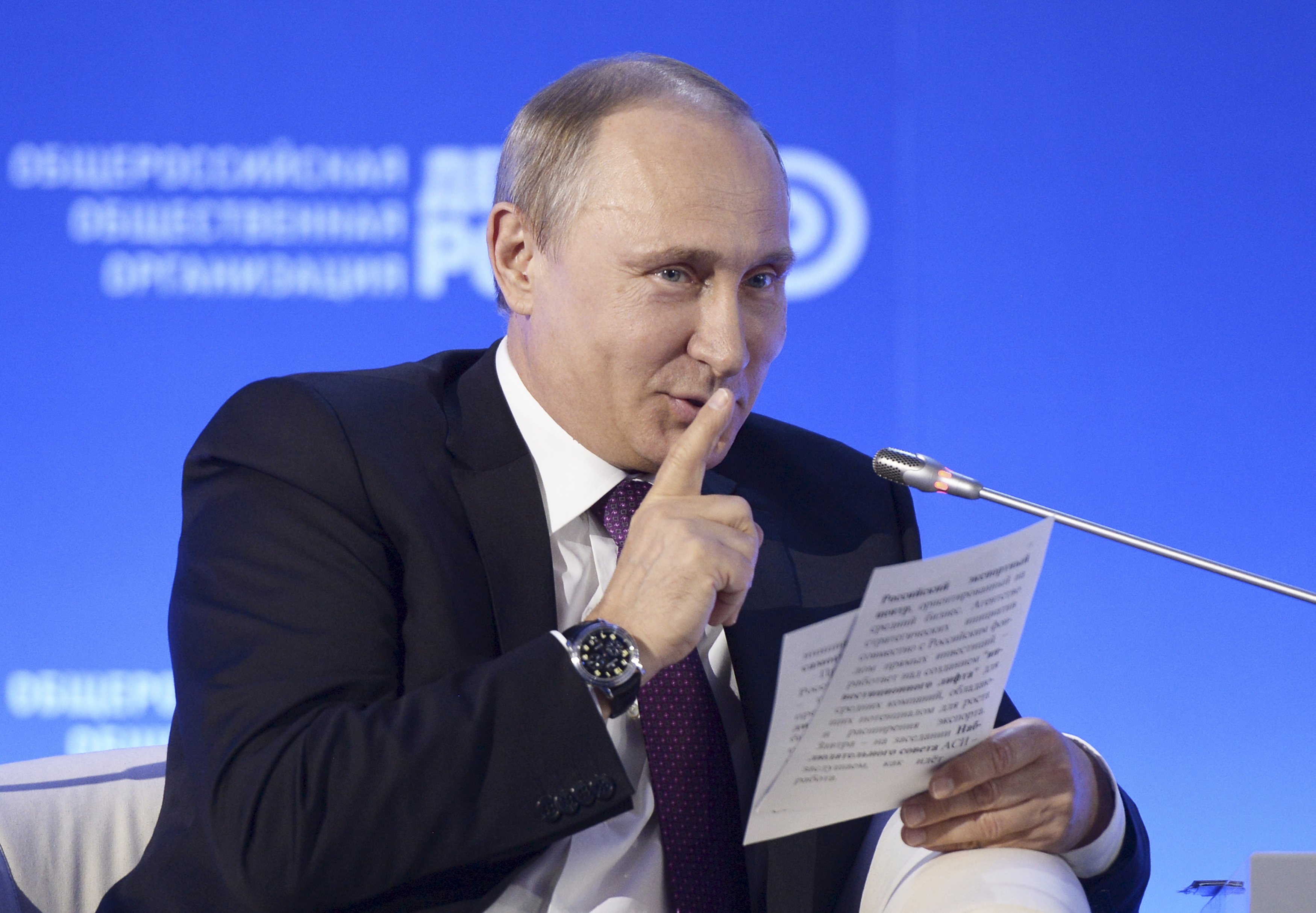 The Kremlin disagrees with those who have criticised the ‘foreign agents’ and ‘undesirable organisations’ laws, according to presidential spokesman Dmitry Peskov, who said that the two laws should not be confused with each other and refuting accusations that they are loosely worded. ‘If it [the foundation] receives funds from abroad, then it is a “foreign agent” […] This cannot be a formal or informal characteristic.’  Activists and rights groups had called the newer law a ‘dangerous’ new weapon in the Kremlin’s suppression of civil society and claimed that it ‘is formulated in such a way that they can brand whoever they want’.  President Vladimir Putin’s spokesman says he does not know why the Dinastia (‘Dynasty’) non-profit science foundation was included on a Kremlin list of ‘foreign agents’, and that Putin will ‘look at the problem’.  Russian scientists say the threatened closure of the foundation would be a huge blow to the country’s scientific community.  Four prominent and outspoken Russians speak to the Guardian about abuse and death threats.  U.S. President Barack Obama advised NATO that Russia needs to step back from its ‘increasingly aggressive posture’ in Ukraine, and promised to continue U.S. support to Kiev.

President Vladimir Putin called on Russian companies to expand domestically before Western sanctions are lifted.  Russia is increasing its gold holdings as a guarantee against legal and political risks faced by its overseas assets.  The Kremlin cut its World Cup 2018 budget by $70 million amid concerns that Russia, which won the bid when its economy was booming, cannot manage the financial burden now that it is in a crisis.  Russia has canceled its order of helicopter carrier ships from France, and is demanding a repayment of €1.1 billion of its original €1.12 billion contract.

The editor of lifestyle magazine Stolnik was questioned by the Prosecutor General over a magazine cover depicting Miss Russia dressed in a Russian flag.  Two Kremlin officials have suggested that women be given shorter work days on Friday to give them time to work on domestic affairs.  The Parents’ Club meets in St. Petersburg each month to support the parents of gay children in adjusting to the ‘phases of acceptance’.