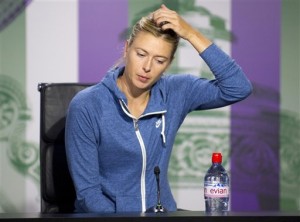 Golos, the independent elections watchdog, has been ordered to cease its activities for six months, in connection with its failure to register as a ‘foreign agent’ under the new law for NGOs.  Anna Anisimova, the head of gay rights group Vykhod, was fined $9,100 yesterday in connection with the same law.  The director of the Center for Protection of Media Rights says that this week’s blockage of major news websites for allegedly publishing information about bribery (neither Komsomolskaya Pravda nor Gazeta.ru were informed of which pages caused the blocks) was ‘expected’, because the legislation used to impose the block ‘is so vague and lacks any technical regulation’.  Human Rights Watch agrees regarding the vagueness of current legislation which, it says, ‘ensure[s] government control over just about any organized activity relating to public life’.  Marking Mikhail Khodorkovsky’s 50th birthday yesterday, which he celebrated in jail, the Moscow Times explores his ongoing political influence.  ‘Several small protests were held across Russia’ in his support, with 40 people briefly detained in central Moscow for participating in an unauthorised pro-Khodorkovsky rally.  Presidential council member Andrei Nazarov has confirmed that Khodorkovsky is not eligible for economic amnesty.  The eviction of For Human Rights from its offices in Moscow is being probed by prosecutors – Lev Ponomaryov discusses the events of the eviction here.

Minority shareholders at TNK-BP have filed a complaint against Rosneft head Igor Sechin over allegations that he manipulated the stock market during the latter company’s takeover of the former, by making public statements that caused its share price to drop.  Gazprom is to pay Ukraine $1 billion up front for gas transit, which Kiev will use to finance its purchases of Russian gas.  Russia is no longer the top supplier of gas to Europe, after being overtaken by Norway last year.  Europe’s bid to diversify its energy supply away from reliance on Russia has been stalled after Azerbaijan rejected a request to let the Nabucco West pipeline ship its gas to the EU (in favour of the Trans-Adriatic Pipeline, a Norwegian-Swiss-German project).

Reports indicate that Edward Snowden is now on his sixth day at Moscow’s Sheremetyevo Airport and, according to Foreign Minister Sergei Lavrov, can fly in any direction he wants to, although stressed that ‘the sooner this happens […] the better’.  However, it could take months for Ecuador to make a decision on his application for asylum.  Russia has withdrawn the last of its personnel from Syria.