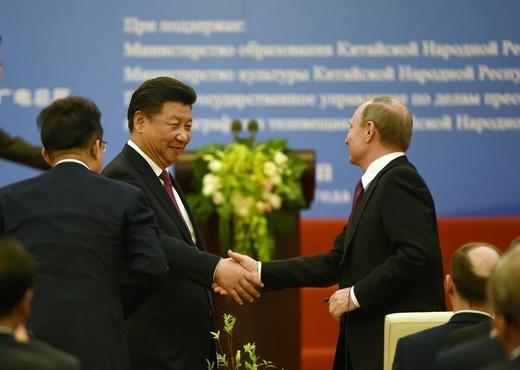 President Vladimir Putin told journalists he thought Britain’s decision to leave the European Union brought both ‘positives and negatives’, with negatives including the financial impact from the EU being Russia’s largest trading partner.  The New York Times called the news ‘the geopolitical equivalent of manna from heaven’ for Russia, because it will speed up Putin’s ‘long-term goal of weakening’ the alliance; but the economic aftereffects, such as an immediate sharp drop in oil prices, will hit Russia hard, says Reuters.  Kremlin spokesman Dmitry Peskov says Russia wants the EU to remain a ‘stable and predictable’ major economic power, and hopes that the decision will improve relations with Britain.  The State Duma passed a series of controversial and hard-hitting anti-terrorism laws on Friday, tightening restrictions on those suspected of terrorism and extremism.  Vedomosti is reporting that wealthy Russians lost 25-75% of their wealth last year.  Bloomberg reports on how hard Russia’s construction industry is being hit by the recession.

Russia and China secured a number of energy deals during Putin’s trip to Beijing over the weekend, including the sales of several stakes in Russian projects to Chinese companies.  Nuclear power plant builder Rosatom is struggling to close deals in Europe due to concerns about diversifying energy reliance away from Russia, and suspicions about political motives behind the Kremlin’s energy dealings.  Rosneft and Gazprom Neft are warning the Kremlin not to pass a new bill tightening currency control, as they say it will negatively affect the oil industry.  The State Duma has passed a bill that bans the import and production of all genetically modified organisms (GMOs), both crops and animals, except those used for science.

A Kirov governor has been arrested after apparently being ‘caught red-handed’ taking a $444k cash bribe.

PHOTO: Chinese President Xi Jinping (L) shakes hands with Russian President Vladimir Putin during a ceremony marking the 15th anniversary of the signing of the China-Russia Treaty on Good Neighborliness, Friendship and Cooperation, in Beijing’s Great Hall of the People on June 25, 2016. (AFP)