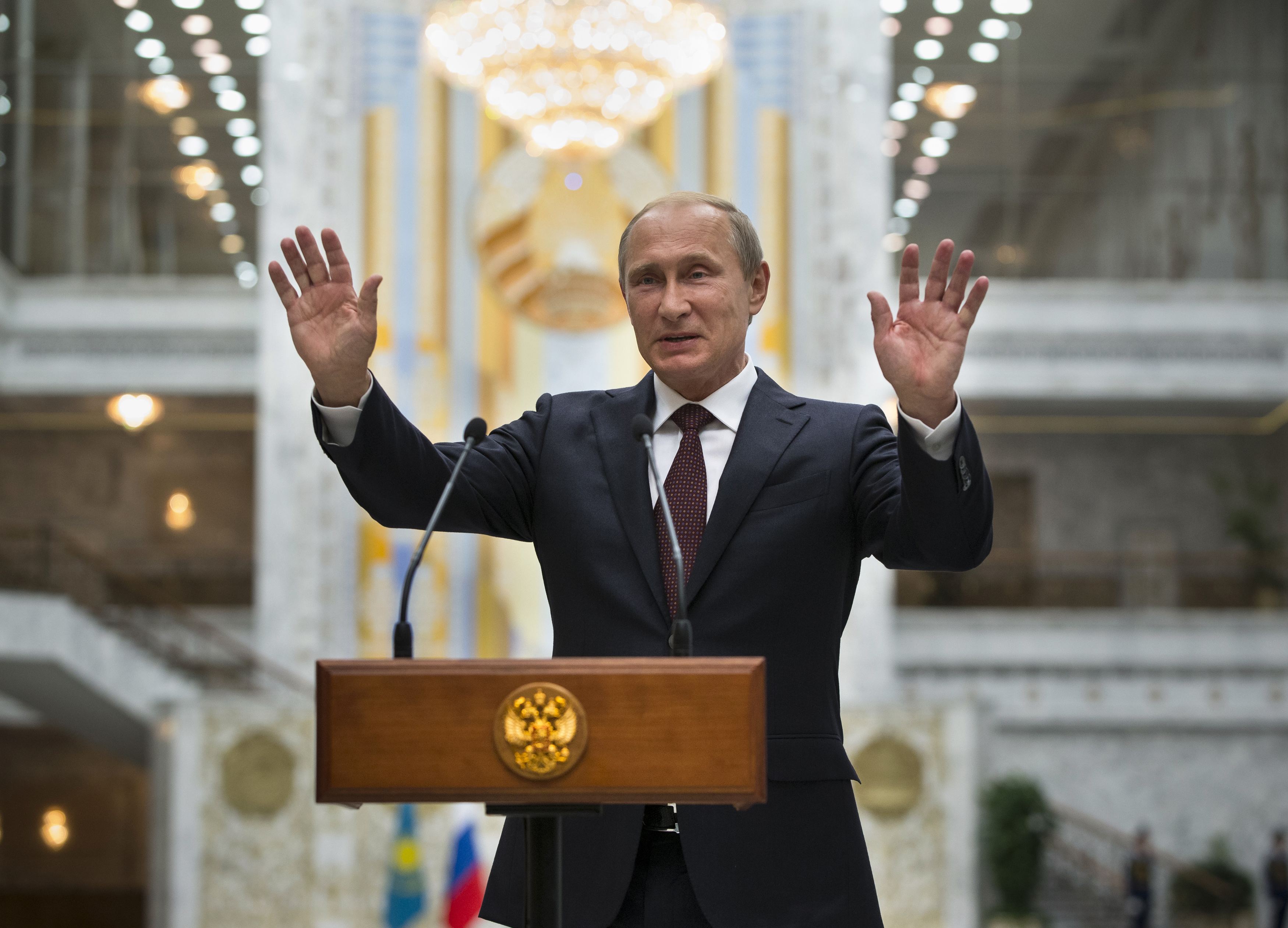 Talks between Russian President Vladimir Putin and Ukrainian President Petro Poroshenko ended yesterday without a breakthrough in the peace process or a commitment to a ceasefire; Poroshenko described the talks as ‘tough and complex’, and demanded a halt of arms shipments from Russia to separatist fighters in Ukraine; Putin said the talks were positive, and vowed that Russia would ‘do everything for this peace process,’ but said that it was essentially up to Kiev to work out the conditions of a ceasefire.  By U.N. estimates, 36 people on average have been killed every day in Ukraine since the fighting began.  Putin warned Poroshenko against any further escalation of current violence, and again threatened economic retaliation for Ukraine’s accord with the European Union.  In any case, says the Guardian, a ceasefire ‘on its own would not be enough’, and there was apparently little agreement during the discussions.

Former NATO commander Richard Shirreff says the alliance would be hard-pressed to defend itself against Russia in its current capacity, and called for it to re-arm; Secretary General Anders Fogh Rasmussen says NATO will begin deploying forces at new eastern European bases in a bid to contain any further Russian military actions in the region.  Russia is nearing a recession, at least in part due to Western sanctions – and as such, poses one of the biggest risks to global economic recovery.  A Moscow court ruled in favour of Rosneft head Igor Sechin yesterday in his defamation case against Vedomosti.  It is looking unlikely that Rosneft will get the $41.5 billion it asked for from the National Wealth Fund, although it may get some state support.  Rusal has returned to profitability for the first time in over a year, largely thanks to higher aluminium prices.

Russia has released the Japanese whaling ship it was holding for the past four days after a border violation.