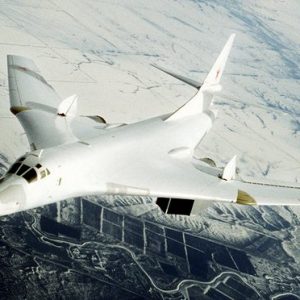 Russia has lambasted the U.S. and U.K. for employing an ‘unacceptable’ tone in speeches about Syria at the UN, during which Moscow was accused of ‘barbarism’ by Washington’s representative.  Foreign Minister Sergei Lavrov added that he believes the West is not coping with its obligations on Syria.  The Russian Permanent Representative to the United Nations, Vitaly Churkin, believes that restoring peace in Syria has become a ‘practically impossible task’.  The Kremlin’s involvement in Syria was an opportunity to flex its military muscle and gain leverage with Western partners, but, expert Mark Galeotti notes, ‘it’s hard to see much in terms of true strategic impact’.  Iceland is concerned about Tupolev Tu-160 bombers flying too close to civilian airliners.

Amid a series of scandals and corruption investigations, Alexander Bastrykin, the head of the powerful Investigative Committee has submitted his letter of resignation.  A criminal case has been opened against three polling station officials for vote rigging during this month’s State Duma elections in the city of Rostov-on-Don.  After protests by pro-Kremlin activists, a private art gallery in Moscow has been forced to close an exhibition of photographs by Jock Sturges, which aforementioned activists deemed to be child pornography.  The Kremlin’s plans to monitor the Internet are apparently gaining pace.

The Defense Ministry has released new radar data which it says indicates that the MH17 (the civilian airliner shot down over Ukraine in 2014) was not downed by rebels in separatist held territory – this is as European Union leaders prepare to consider the possibility of improving relations with Moscow, so soured by the conflict in Ukraine.  Apparently 82% of Russian citizens feel the impact of the nation’s economic woes.  In an article discussing the stagnating economy and high political manoeuvring, Leonid Bershidsky agrees that ‘so far, ordinary Russians have been paying the price of economic stagnation and political hyperactivity’.  Education and Science Minister Olga Vasilieva has something to cheer the populace – she wants to bring back compulsory agricultural labor for schoolchildren.