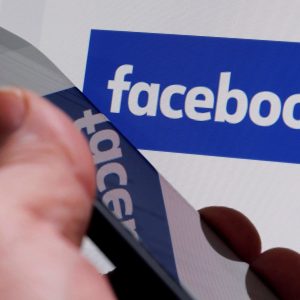 TODAY: Facebook may be banned in Russia if it fails to comply with laws on localising data; VKontakte founder says that Kremlin will not stop until it has backdoor to Internet services; two governors dismissed; FSB linked to Moscow hit-and-run; Russian embassy worried by US army handbook; tensions between US and Russia in Syria mount; Gazprom unseats Exxon to become the world’s leading energy company.

Russia has announced it will ban Facebook in 2018 if the company does not comply with a 2015 law which requires companies to store Russian citizens’ personal data on local servers, potentially allowing intelligence agencies to access it. Pavel Durov, the creator of Russia’s Facebook equivalent, VKontakte, says that the FSB is threatening to block his new messaging service, Telegram, unless he hands over the decryption keys to the agency. Twitter is apparently being more compliant – having promised it will respect the legal requirements regarding data next year. President Putin has dismissed two governors this week, of Nizhny Novgorod and Samara Oblasts, in what is apparently a shake-up linked to next year’s presidential elections. A Mercedes with government license plates has been involved in a hit-and-run incident which killed a policeman – the plates are apparently linked to the FSB. The Kalashnikov weapons manufacturer has unveiled a video showing its new “flying car” design.

The Russian Embassy in the United States has expressed concern over the US Army’s new warfare “handbook” which “imagines the possibility of military clashes between U.S. and Russian armed forces,” something which, embassy spokesman Nikolai Lakhonin notes, “can only be imagined in a terrible delirium!” Top US military commander General Joseph Dunford says that he recommends that the White House provide lethal defensive aid to Ukraine to assist in defending itself against any potential further Russian military advances into the country. Deputy foreign minister Sergei Rybakov has taken aim at the US with regards to the death of a Russian commander in Syria. Tensions are reportedly mounting between the two sides in the conflict-addled state as they compete for a strategically important piece of land bordering Iraq. Foreign Policy examines the possibility that Russian efforts to interfere in US politics through cyberwarfare may soon focus on civil society organisations.

The world’s biggest oil exporter, Saudi Arabian Oil Co., is discussing a joint venture to produce synthetic rubber with petrochemical giant Sibur Holding. According to S&P Global Platts rankings, despite sanctions, Gazprom has displaced Exxon to capture the number one spot as the world’s leading energy company: find out more about how it has done it here.

PHOTO: Facebook could be blocked in Russia next year (The Telegraph)