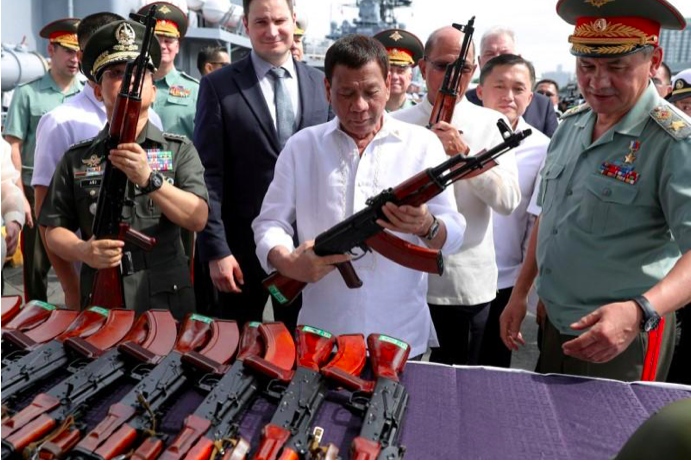 “Putin’s rule looks much more tsarist than Soviet,” says Al-Jazeera in a piece on the 100th anniversary of the Russian revolution. The Independent argues that the Kremlin cannot celebrate the anniversary nationally because “the Soviet system the revolution ushered in lasted long enough to leave its profound imprint on several generations, but not long enough to reach its hundredth year”. The Kremlin’s transcript of a speech by German President Frank-Walter Steinmeier on Crimea edited out his use of the word “annexation”. Liberal newspaper Novaya Gazeta is planning to arm its employees with less lethal weapons and provide them with arms training, in the wake of a recent spike in violence against Russian opposition journalists and the state’s failure to go after those responsible. “If the state is not ready to protect us, we will protect ourselves.” President Vladimir Putin is calling for tough action against those who use the Internet to spread extremist ideas, though vowed not to introduce any barriers or filters to worldwide web access. Twitter announced that it is dropping advertising from all accounts owned by RT and Sputnik, and will donate projected earnings towards research into how Twitter is used by third parties during election campaigns. The Foreign Ministry called the decision “aggressive” and promised to retaliate. The Russian Union of Journalists said the decision amounts to a crackdown on free speech.

NATO ambassadors met with Russia’s ambassador to discuss the Ukraine conflict, making little headway on “fundamental differences”; Russia also again denied NATO’s allegations that it is supporting the Afghan Taliban. A report by a New York-based research group says more Russians are now fighting in terrorist groups in Iraq and Syria than any other foreign citizens. Russia’s banking sector is not out of trouble yet, and may see many more “zombie banks” being taken out, says Forbes, but it it because the economy is in a mess, or because the Central Bank is forcing banks to follow international standards more scrupulously? Russia and the Philippines have signed two military deals, under which Russia will donate thousands of assault rifles and other military gear to help the latter diversify its weapons systems.

Amnesty International says Russian prisoners are enduring inhumane conditions, similar to those of Soviet gulags. The death of Stanislav Golovko in police custody in the Urals is prompting others to come forward with allegations of systematic abuse in the same precinct. This Frontline documentary “Putin’s Revenge” looks at Russian interference in last year’s US presidential elections (“the most aggressive, the most direct, the most assertive campaign that the Russians ever mounted in the history of our elections,” according to James Clapper, the former Director of US National Intelligence).