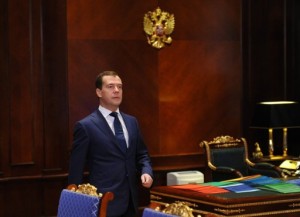 A Moscow court has refused to free Vladimir Akimenkov, a political activist charged with attacking police officers at a protest, despite claims that he is ‘going blind’ in prison due to a congenital eye condition that requires urgent treatment.  Opposition-oriented journalist Oleg Kashin has been fired from his post at Kommersant, supposedly for not writing enough for his employer, although many suspect the dismissal is a result of Kremlin intervention.  A riot at a prison in Chelyabinsk has ended, successfully drawing attention to poor conditions for prisoners, with the region’s governer admitting that the system needs reform.  Gazprom has secured a 30-year supply deal with Turkey, ending a ‘one-year impasse in gas trade’.  Leaked drafts from an upcoming International Telecommunications Union conference in Dubai indicate that ‘Russia is seeking rules giving individual countries broad permission to shape the content and structure of the Internet within their borders’.  Google’s IP address was blacklisted in Russia over the weekend – for a second time – due to a ‘software failure’.  The European Union says that a new surge of protectionist measures by Russia ‘break global trade rules’.

Prime Minister Dmitry Medvedev spoke up over the weekend on his video blog about dangerous driving, calling for a hike in traffic violation fines.  During a meeting with ministers yesterday, he suggested that soccer hooligans be banned from matches for life.  He also gave an interview to Agence France Presse in which he promised that Russia would stay neutral with regard to the civil war in Syria, but will continue to honour its arms contracts with President Bashar al-Assad.  New reports indicate that Russia has been sending Syria ‘literally […] planeloads of cash’.  Medvedev also spoke about Pussy Riot, saying that he ‘hated’ their actions, but that they should be released.  Time magazine has nominated the group for its 2012 Person of the Year for their ‘provocative political expression’.  The women are apparently refusing to register their group’s name as a brand, despite reports that their name could be worth millions.

The New York Times profiles young Putin supporter and ‘provincial ideal’ Svetlana Kuritsyna (the ‘antithesis’ of Pussy Riot), who believes that Russia under the President has improved because ‘We have started to dress more better [and] there are no problems with housing’.