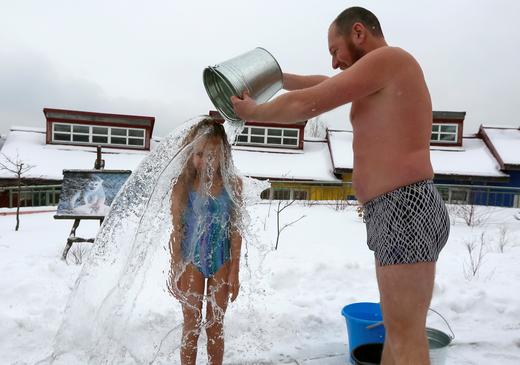 President Vladimir Putin expressed “serious concern” after Ukraine voted to impose 30 days of martial law, including partial mobilisation and strengthened air defences, to fight “growing aggression” from Moscow following the weekend’s naval confrontation in the Kerch Strait. (Incidentally, today is Russia’s annual Naval Infantry Day.) Leonid Bershidsky argues that neither side wants an all-out war, that Poroshenko may be using the situation to boost his flagging popularity ahead of the presidential elections next March, and that the situation may also work in Putin’s favour “to bring back some of the patriotic spirit kindled by Crimea”. Russia’s own Security Council has levied the same criticism. France, the head of NATO, and the EU executive are all calling for Russia to release the 3 ships and 24 Ukrainian sailors it detained during the incident (3 of them injured). US President Donald Trump commented that the US “doesn’t like what’s happening”; the US Ambassador to the United Nations called Russia’s actions an “outrageous violation of sovereign Ukrainian territory”. Poland says it is not taking the news as evidence of an increased threat. Separately, state bank VTB has announced that it will sue Poroshenko in an attempt to recover acquisition costs for its Ukrainian subsidiary, over what it says was a government-backed court decision that has paralysed it.

As part of its new measures to prevent the leaking of military intelligence, the Russian military has issued secure, personalised thumb drives for storage of classified data. Watchdog Roscomnadzor has opened a civil case against Google, with a possible fine, for its failure to comply with a legal requirement to remove certain entries from its search results. Facebook, on the other hand, is complying with Russian laws regarding extremist content. This piece considers the vision laid out for a future Russia by Mikhail Khodorkovsky during a conference in Prague last weekend, finding fault with the former Yukos head’s disagreements with Putin “for incompetence and corruption rather than wrongheadedness”.

Rapper Husky was released from a 12-day hooliganism jail sentence one week early, following an uproar from fans; Alexei Navalny suggested that the rapper was released in order to stop a concert that was to be held to support him. “They don’t want today’s concert in his support to turn into a manifestation for freedom of speech and creativity,” he Tweeted. This piece claims that the reduced sentence is thanks to Kremlin officials who intervened.

PHOTO: Grigory Broverman, a member of the Cryophile winter swimmers club, pours a bucket of cold water over his 9-year-old daughter Liza during a celebration of Polar Bear Day at the Royev Ruchey zoo, with the air temperature at about minus 5° C, in Krasnoyarsk, Russia, Nov. 24, 2018. (ILYA NAYMUSHIN via REUTERS)