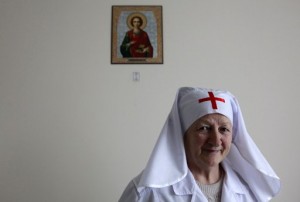 The preliminary hearing in the posthumous trial of Sergei Magnitsky, which was due to begin today, has been postponed.  Relatives and rights groups say the trial is politically motivated, and his family and lawyer have refused to participate.  Human Rights Watch is calling on the Duma to abandon its draft law on homosexual propaganda, on which 52 deputies out of 450 apparently refused to vote last Friday.  Russian business elites are reportedly concerned that fallout from the case will lead to red-tape that could interfere with international money transfers. ‘The situation is more than bad,’ commented one unnamed billionaire, and, according to economist Sergei Guriev, ‘Russian business is very upset.’ Prime Minister Dmitry Medvedev apparently disagrees. In an interview on state television over the weekend, he denied that repercussions from Magnitsky’s death are damaging Russia’s business interests, saying that the case ‘does not interest anyone’ except those who want to accumulate ‘political capital’.  He also insisted that the Dima Yakovlev Law, which bans U.S. citizens from adopting Russian children, is not a political response to the American Magnitsky Act, but a move to draw attention to the plight of Russian orphans.  He then defended President Vladimir Putin against accusations that he was dictating decisions to the government.

Russia has hit Ukraine’s Naftogaz with a $7 billion bill for imports of gas that it committed to buy last year but  then did not take; Naftogaz says it has already met its financial obligations to Gazprom.  The investigation of former Defense Minister Anatoly Serdyukov is intensifying.  The U.S. has withdrawn from the Civil Society Working Group of the U.S.-Russia Presidential Commission, in a ‘mostly symbolic’ diplomatic retaliation against new Russian limitations for American NGOs like USAID, and the Dima Yakovlev Law.  Four American families affected by the law are appealing to the European Court of Human Rights, saying that it violates Article 8 of the European Convention on Human Rights.

Vladimir Putin expressed condolences to the family of human rights activist Valery Abramkin, who died in Moscow last week, aged 66.  Four suspected crime bosses and 19 others thought to be connected to organised crime have been arrested following a restaurant raid in Moscow.

PHOTO: Anna Kurs, a volunteer from a Russian Orthodox chapter of the Sisters of Mercy, poses for a photograph during a visit to a local hospital in the south Russian city of Stavropol January 27, 2013. The chapter of the religious organisation was founded in the year 2000, and has around 20 members, according to the sisters. REUTERS/Eduard Korniyenko