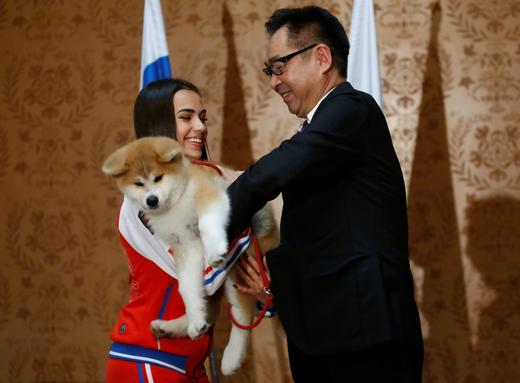 After half the board of Rusal resigned last week, director Oleg Deripaska followed suit, in a bid to ease US sanctions targeting his companies; he still holds a control stake in En+ Group, which owns almost half of Rusal. It’s being reported that billionaire Viktor Vekselberg met with US President Donald Trump’s lawyer just two weeks before Trump’s inauguration, to discuss improving US-Russia relations. This Guardian piece discusses the link between Russian oligarchs and top UK law firms. President Vladimir Putin met with his Japanese counterpart, Prime Minister Shinzo Abe, at the Kremlin this weekend, requesting his patience over efforts to resolve their Kuril Islands territorial dispute; this may constitute “a disappointment” for the latter, who has been pressing for a solution. OPEC says that its cuts have already rebalanced the crude market and cleared the surplus that inspired them. Bloomberg anticipates a tense OPEC meeting next month, after both Saudi Arabia and Russia announced plans to revive production, to the dismay of producers “both inside OPEC and outside”. Both are discussing raising production by a million barrels a day to calm consumer concerns, apparently triggered by a complaint about prices by Donald Trump. Energy Minister Alexander Novak suggested that Russia could return to 2016 oil output levels. Vladimir Putin continues to deny all of the UK’s accusations against Russia, from Brexit to the Skripal poisoning to the downing of MH17, describing them as “tosh”.

The FBI warned that Russian hackers compromised hundreds of thousands of home and office routers on Friday, and urged customers of certain brands to reset their routers to protect their personal information. Gazprom has signed a protocol with Turkey for part of the transit leg of the TurkStream gas pipeline, and agreed to settle out of court its arbitration dispute with Turkish gas company Botas. The Turkish government will also receive a payment of $1 billion from Russia for a retroactive discount on natural gas. The Organization for Security and Cooperation in Europe criticised Ukraine’s sanctioning of Russian news outlet RIA Novosti, citing freedom of expression.The St. Petersburg International Economic Forum is happening this week; this piece anticipates an exceptionally political agenda, with a dominant theme of “keep doing what you’re doing, just do it better”.

Vladimir Putin says he will respect the Russian constitution which bans anyone from serving two consecutive presidential terms, although this of course does not mean he actually will step down in 2024, explains the Moscow Times. Moscow Mayor Sergei Sobyanin will be running for re-election in September. A drunken man attacked and seriously damaged one of Russia’s most famous paintings.

PHOTO: Endo Takashi, head of the Association for the preservation of the purity of the Akito breed, presents an Akita Inu puppy to Russian figure skating gold medallist Alina Zagitova in Moscow, Russia May 26, 2018. REUTERS/Maxim Shemetov