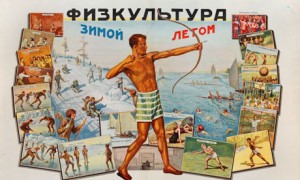 Left Front leader Sergei Udaltsov has been convicted of assaulting a pro-Kremlin youth activist from the Young Guard, and sentenced to 240 hours of community service in what his supporters call a politically motivated move.  ‘Judges refused to review the video footage in which [the victim] boasts of being hit,’ notes the Moscow Times.  The Magnitsky act approved in the U.S. would impose sanctions not only on Russian officials implicated in the Magnitsky case (some of whom allegedly have bank accounts in the U.S.), but on any official of any country convicted of violating human rights.  The Foreign Ministry is ‘outraged’ at the Senate’s approval of the bill, called it ‘counterproductive’ and promised a ‘harsh’ response.  U.S. Secretary of State Hillary Clinton is confident that relations with Moscow will not suffer.  Republican Senator John McCain is already calling for further sanctions.  Garry Kasparov says the act will ‘shake the foundation of Mr. Putin’s power base.’

President Vladimir Putin has proposed that Federation Council senators start being elected by popular vote, but the candidate selection process would remain in the hands of gubernatorial candidates.  A similar condition has been added to the Duma’s move to reinstate mayoral elections in Moscow and allow independent candidates to run: candidates will need approval from municipal deputies.  Some politicians are saying that such a hurdle ‘would block every willing candidate except those from the ruling United Russia party’.  Russia says it supports Kofi Anna’s idea of a Syrian national unity cabinet.  The Kremlin’s human rights council is struggling to protect its reputation after many of its members walked out – only 22 of its 40 members remain.

The European Parliament is planning to pressure French company Vinci that is behind the Khimki forest road, as part of a bid to save the ancient oak forest from destruction.  An art installation at Davos, featuring four children locked into a chrome bath blowing on paper boats (to represent ‘the Four Winds’) has been variously attacked.  Kristina Potupchik has stepped down as spokesperson for Nashi.