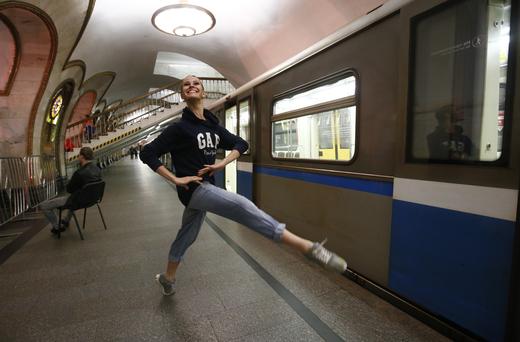 A major global cyber attack that disrupted mostly Russian and Ukrainian companies, similar to the WannaCry attack last month that infected 300,000 computers, shut down various company networks yesterday. No one has yet claimed responsibility for the Petya ransomware attack. Rosneft was one of the larger companies to be affected; both its website and the website of its subsidiary, Bashneft, were taken down, forcing the company to move to a reserve oil production system to prevent interference with production. The web systems of metals giant Evraz were also affected, but production continued. The Central Bank said it was aware that the websites of several Russian banks were affected by the attack, and consumer lender Home Credit had to suspend its client operations. The Kremlin’s computer systems and website were not affected. Russia and Belarus are about to sign $400 million worth of science and IT agreements.

Moscow is calling for the resumption of dialogue in the NATO-Russia Council to de-escalate current military tensions. A State Duma draft law would give Vladimir Putin the final say in the elections for the presidency of the Russian Academy of Sciences. The World Anti-Doping Agency announced its “milestone decision” that RUSADA, Russia’s anti-doping agency, has been granted permission to plan and coordinate doping tests again under supervision. The jury is deliberating over the trial of five men charged in connection with the murder of opposition politician Boris Nemstov, who was gunned down outside the Kremlin in 2015. The verdict is expected today.

US lawmakers have spoken out against the violent treatment of gay men in Chechnya.

PHOTO: A dancer of the Kremlin Ballet theatre warms up before an overnight performance, staged to coincide with the ongoing FIFA Confederations Cup Russia 2017, at Novoslobodskaya metro station in Moscow, Russia June 26, 2017. REUTERS/Sergei Karpukhin