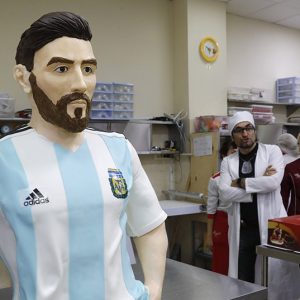 Following talks between Vladimir Putin and US National Security Adviser John Bolton in Moscow, Kremlin foreign policy aide Yuri Ushakov has announced that Putin and Trump will hold a summit which he imagines to be “the main international event of the summer.” In a blow to Russia, the Organization for the Prohibition of Chemical Weapons now has new powers with which to apportion blame for attacks using said weapons; the result of a special session to debate the proposal proffered by Britain in response to the poisoning of a former Russian spy on its soil. This article examines how Russia’s military is benefiting from the ongoing campaign in Syria; in terms of testing its weaponry and providing an opportunity for its soldiers to develop combat experience, amongst other factors. The head of Ukraine’s cyberpolice believes that Russian hackers are planning a major coordinated attack on banks and energy infrastructure.

Russia will reportedly pour another $12.8 million into the currently underway World Cup, making it likely to be the most expensive in history. Russia has reacted angrily to suggestions made by Saudi Arabia that its national team (who smashed the former in the World Cup opening match) may have been doping. The lawyer of Grigory Rodchenkov, the man who blew the whistle on Russian doping, currently in the FBI Witness Protection Program, has refuted reports that his client has attempted suicide. Lenders Sberbank and the Russian branch of Austria’s Raiffeisen Bank International have been taken to task for allegedly improperly using the World Cup concept for promotional material.

As activists gear up for protests this weekend against a plan to raise the pension age, a study has revealed that up to 17% of Russian men will not make it to the retirement age. According to the Moscow Times, members of United Russia have been made to sign a pledge beholding them not to criticise the controversial reform. St. Petersburg election commission head Viktor Pankevich has resigned in response to criticisms surrounding electoral violations in the past two years. The EU has urged Moscow to drop the charges held against human rights activists Oyub Titiyev and Yury Dmitriyev, which many believe to be politically motivated. Alexei Navalny’s right hand man in the Far East, Vladimir Dubovsky, has been rearrested just after finishing a 15-day jail term.

PHOTO: Confectioners in Moscow created a life-size chocolate replica of Argentinian footballer Lionel Messi to celebrate his 31st birthday last weekend. It took bakers at the Altufyevo Confectionery six days to make the 60-kilogram sculpture, with the chocolate Messi standing on a football field made out of a cake. (Tatyana Makeyeva / Reuters)