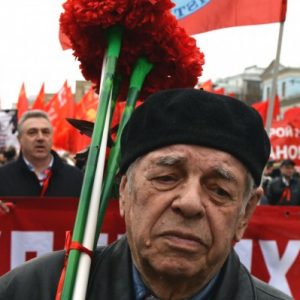 “Raise the pension, not the pension age!” The weekend saw protests against the controversial plans to increase the pension age in cities across Russia drawing upon the ranks of a number of opposition parties and movements, from the Communists to the Open Russia foundation to Alexei Navalny. Video footage of the events can be found here. In Omsk reports suggest between 3000 and 4,500 people attended. Due to security measures no protests took place in World Cup host cities, however. A new poll from the All-Russia Public Opinion Research Center confirms that support for Prime Minister Medvedev, the cabinet and President Putin has been dented by the plans. The government has, in the meantime, postponed its unpopular plan to increase road taxes for trucks for one year (a proposal which had previously prompted protests among truckers). An aide working within Alexei Navalny’s organisation has been jailed for eight days for posting a song that was labelled “extremist” by the authorities. The controversial “Yarovaya laws” – anti-terror legislation which requires telecom companies to store users’ communications, raising fears about privacy – have now come into force.

US President Donald Trump will actively engage Vladimir Putin on the issue of Moscow’s alleged meddling in the 2016 presidential election when the two leaders meet next month, US national security adviser John Bolton believes. Trump apparently refuses to rule out the possibility of recognising Russia’s annexation of Ukraine’s Crimean Peninsula. For the first time in five years, the Russian ruble has suffered the worst performance in the first six months of the year among its 11 ex-Soviet peers, largely as a result of sanctions and US penalties. Foreign Minister Sergei Lavrov believes that Russia is becoming more independent and self-reliant due to Western sanctions.

An op-ed in the Moscow Times, noting how impressed foreign visitors have been with their Russian World Cup experience, examines the disappearance of the homeless during the tournament. Environmental campaigners are concerned about the amount of plastic waste the event is producing, given the already problematic state of waste disposal in Russia. A translation mix up which has seen English-speaking customers exhorted to pay for a shower at the Volgograd train station with their soul is, according to one Twitter user as “irrefutable proof that Russian Railways is a subsidiary of hell.”

PHOTO: Protests against reform to the pension age have taken place across Russia. (Vasily Maximov/AFP/Getty Images)